The Atlantic Gives Up On Biden

In it, Nichols argues that Biden has a “steady hand,” and has “managed (so far) to head of World War III and a possible nuclear conflict.”

Nichols suggests that Republicans have “fallen into a vortex of nihilism and desperation,” and are “determined to impeach Biden because they have no other play—even if it’s not what voters want.” 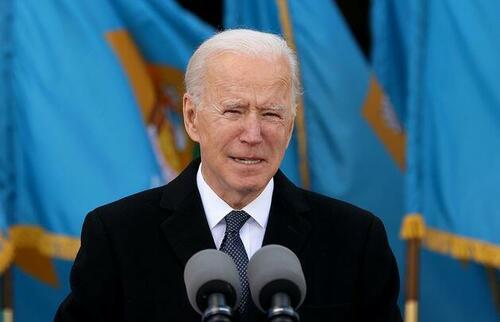 24 hours later after Nichols’ shot, The Atlantic delivered the chaser – suggesting he shouldn’t run for president in 2024. Except, instead of criticizing him for the sloppy Afghanistan pullout, rampant pre-Ukraine US inflation, or his failure to instill enough unity within his own party to pass major legislation – they just say he’s too old.

“Let me put this bluntly: Joe Biden should not run for reelection in 2024. He is too old,” writes Mark Leibovich, noting that Biden would be 82-years-old “if and when he begins a second term,” and 86 by the end of it.

The numbers just keep getting more ridiculous from there. “It’s not the 82 that’s the problem. It’s the 86,” one swing voter said in a recent focus group, referring to the hypothetical age Biden would be at the end of that (very) hypothetical second term.

In recent weeks, I’ve spoken with 10 official and unofficial advisers to the administration who have spent time around the president during these deranged and divided days in America. “What has this been like for him?” is what I’ve been asking them, essentially. “How is he holding up?”

They say, for the most part, that Biden is coping fine. You know, despite the 8.6 percent inflation, his depressed approval numbers, his vice president’s worse approval numbers, the looming wipeout in the midterms, and all the other delights attending to Biden as he awaits the big, round-numbered birthday he has coming up in a few months. But here’s another recurring theme I keep hearing, notably from people predisposed to liking the president. “He just seems old,” one senior administration official told me at a social function a few weeks ago. -The Atlantic

“It all feels impolite to point this out,” Leibovich continues – suggesting it’s “disrespectful, ageist, and taboo” – particularly in light of GOP smears about Biden being ancient. He then admits that it can be “painful to watch” Biden give prepared speeches – while his aides in the room “look visibly nervous sometimes.”

In closing, Leibovich writes: “He spared the country from more Trump in 2020. He stepped in, calmed the thing down, and God love ya for that, Joey. He should be thanked up and down the Rehoboth boardwalk, ice-cream cone in hand, sooner rather than later.”