The Battle For Control Of East Mediterranean Energy

The history of oil and natural gas is marred by instability and conflict. The rise of the Eastern Mediterranean as a prolific energy region has increased existing tensions between certain littoral states while strengthening cooperation between others.

The ratification of the charter concerning the Eastern Mediterranean Gas Forum (EMGF) further cements the importance of gas exporting countries in general and Egypt in particular.

In a political and economic sense, Cairo has succeeded in strengthening the country’s position as a major producer and exporter of gas while highlighting its role as an energy hub. Egypt’s large domestic market, significant production capacity, and strategic location make it an ideal candidate to host the EMGF’s headquarters in Cairo.

Besides the economic logic, Egypt’s growing population requires ever-larger volumes of raw materials to satisfy demand. Therefore, liquidity and access to additional sources are important to improve energy security. Cairo learned a lesson from the developments of 2014/2015 when domestically produced natural gas for export purposes was diverted to satisfy the exploding Egyptian demand. After becoming a net importer in 2015, the country’s two liquefaction facilities in Idku en Damietta were reconfigured for the regasification process of LNG.

The EMGF seeks to bring together the energy-rich countries of the Eastern Mediterranean through dialogue, layout policies, ensure safety and reliability to increase investments, and support growth. The charter is signed and ratified by the founding members Egypt, Cyprus, Greece, Israel, Italy, Jordan, Palestine, and France. The U.S. and the EU are observers. Noticeably, Turkey has been sidelined while two European countries who are geographically not part of the region, Italy and France, are members. It show’s the hard geopolitical reality of Ankara’s isolation. 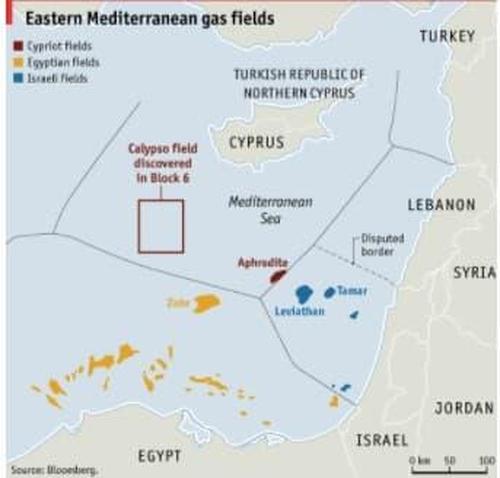 According to Osama Mobarez, undersecretary at the Petroleum Ministry in Cairo, “this is a very important step for the Eastern Mediterranean countries and a big win for Egypt in particular. The fact that the charter selected Cairo to host the headquarters of the forum will turn Egypt into the region’s hub for natural gas producers and exporters.”

In addition to the ratification of EMGF’s charter, Cypriot President Nicos Anastasiades and President Sisi of Egypt recently used the opportunity to reaffirm their commitment to bilateral cooperation. The two countries expressed their willingness for intensified collaboration in political, economic, commercial, and agricultural areas. The countries primarily share antagonism towards Turkey whose hostile actions have estranged it from its neighbors.

More importantly, Cyprus and Egypt reaffirmed their commitment towards shared energy infrastructure that would connect their resources. A subsea pipeline from Cypriot offshore fields should bring the gas to Egypt’s LNG facilities to re-export the gas to Europe by 2024/2025. The linkage would further cement Egypt’s role. Already Israeli gas is exported to the two LNG facilities in the North African country for the same purpose.

Besides natural gas and EMGF, Egypt pursues a trilateral approach with Cyprus and Greece that goes further than fossil fuels. The three countries are supposed to sign a memorandum of understanding in September that should pave the way for the EuroAfrica interconnector. With the submarine cable, the EU could make use of Egypt’s substantial capacity in the area of renewable energy in general and solar in particular. 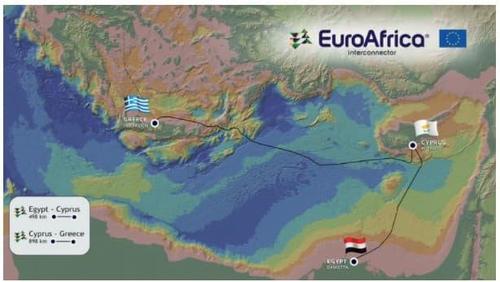 Nevertheless, the road towards European-African integration remains long and marred with difficulties. Besides the technical challenges and the enormous associated costs, Turkey could yet again act as a spoiler. Ankara already signed a delimitation agreement with the Lybian government in Tripoli that undercuts the trilateral ambitions of Greece, Cyprus, and Egypt. Although the accord wouldn’t stand a chance in an international court, Turkey could use it to sow uncertainty and instability.

If there is one thing business doesn’t like, it’s instability and conflict. Therefore, it remains uncertain whether commercial companies will be willing to invest billions in a project that could face delays and even uncertainty concerning its completion with the Turkish navy around the corner to stall progress. Nevertheless, Ankara’s aggressive posturing will also have the adverse effect of strengthening multilateral cooperation. Expect the littoral states to push projects such as EMGF and strengthen relations in the absence of Turkey.