The “D’oh” Moment In Micro-Chips

“Kids, you tried your best and failed miserably. The lesson is, never try..”

Forget fears of rising interest rates – the big threat is how the global economy will cope with supply chain bottlenecks and the coming commodities supercycle. These will create all kinds of friction. The West is particularly vulnerable to microchip supply instability – which could take years to resolve. 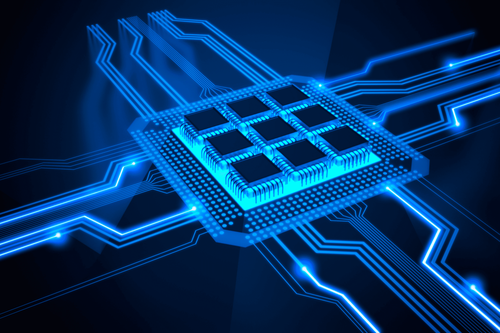 There is an enormous difference between savouring a “Eureka” experience when one gains a realisation of how the universe works, and a “D’oh” moment when something so blindly obvious finally becomes clear – hitting one between the eyes like the swing of the proverbial sledgehammer.

Yesterday was one of my “D’oh” moments when the criticality of global chip supply was nailed to my forehead by my colleagues in Shard’s asset management business. The importance of semiconductor Foundries has gone to the top of my “D’oh” list of heroic market misses. (The top semiconductor designers don’t “fabricate” their own chips (hence they are described as “fabless”), but source their production – typically to Taiwan.)

If you are a Tech investor you will no doubt be giggling manically at how a “bond strategist” like myself missed the basics of the chip revolution: It’s not actually about how inventive and innovative entrepreneurs are in launching new tech products: it’s all about the supply of microchips that make them work. Without chips… nothing happens.

For years I’ve been vaguely uneasy about supply chains. Their importance was highlighted by the pandemic as demand shifted towards swifter adoption of new digital tech, and by supply gaps appearing in industries like Electric Vehicles/Batteries where the reliance on China for lithium and rare earths (vital for phones) is causing strategic concerns. The blockage of the Suez Canal by a rogue container ship emphasised the vulnerabilities of global trade.

When it comes to Chips, the automotive industry is the Canary in the Coal Mine. Even though automotive chips are relatively unsophisticated (coming in a massive 30 nanometer size), the little yellow manufacturing bird is asphyxiating at the bottom of the cage as the current chip bottlenecks cut production of cars across the globe.

It won’t just be the auto sector that struggles. Replacing global reliance on Taiwan’s geopolitically vulnerable chip foundries isn’t a 3 or 4 month supply interruption, but is going to require a massive and time consuming tech shift and transfer, which, unsurprisingly the Taiwanese may be unwilling to share. It could be years before new chip foundries are successfully established and up to speed.

Funnily enough, its Taiwan’s dominance of chip production that is perhaps its best defence against China. The Middle Kingdom can’t afford the risk of a slow- down in chip supply any more than the west.

Like everyone else I’ve been following how governments have been looking to set up “strategic” micro superconductors production. European Industy Kommisar Thiery Breton got it right when he recently said: “without an autonomous European Capacity on micro-electrics, there will be no European digital sovereignty.” Europe accounts for less than 10% of micro processors. The USA produces 12% – 88% of semiconductors used by US industry is fabricated externally!

State-of-the art microchips from 10 nanomenters down to 5 nm run everything from 5G to autonomous driving, computing to your smart toaster. (How did we ever get along before the average toaster was smarter than a space shuttle in terms of its computing power….?) Chips are going to get even smaller – 3 nm is the next target, with 2 nm in sight.

I’ve been following the evolution of semiconductors since my youth – how the design of chips has enabled the growth of new tech and driven Moore’s Law (the one about transistors on a chip doubling as the cost of computers halves.) I’ve embraced the “technologicalification” (a new word I’ve just patented for this paragraph) of the Internet-of-things (IoT).

It’s not design that’s the supply problem – it’s that chip designers outsource their production to the giants, like TSMC, other Taiwanese firms, and to a lesser extent Samsung (which is the second largest maker of chips, but also the second largest consumer for its phone business, and can’t currently source enough for its planned new phone launches!)

The Taiwanese have no intention of giving up their current 4-year manufacturing tech lead over the rest of the foundry business.  TSMC (the imaginatively named Taiwan Semiconductor Manufacturing Company), plans to invest $100 bln over the next three years to meet rising chip demand including hedging its China-proximity risk by building 5 US plants. That dwarfs the $20bln Intel plans to spend on new plants in Arizona.

Meanwhile, there is no shortage of analysts calling for the beginning of a new global commodities Supercycle. These occur when something fundamental happens that resets global demand for raw materials. Commodities analysts have successfully called 16 of the 4 historical supercycles… (ahem…)

In the case of copper, which is up to near $10k from $4300 a year ago, it’s the (re)-electrification of the economy that matters as nations seek to rebuild state power-grid infrastructure to enable EV charging and to facilitate unreliable renewable power sources. Grids built in the 1930s simply we’re designed for the digital and home-charging age.

You can’t have electric on tap without copper pipes! While the average internal combustion engine car has some 27 kg of copper, EVs apparently require 87 kg. It’s no wonder banks like Goldman predict new record prices are coming as EV demand goes stratospheric, we have to rebuild the electric supply network, and that then triggers a host of other supply blips from platinum, lithium and even gold old Iron ore, at which point I shall simply remind you:Perversely, the climate-change emergency and the need to swiftly green the planet is perhaps the best ever argument to invest in mining. There is nothing we can make on this planet that doesn’t first demand we hew the materials out the ground.

Every offshore wind-turbine requires some 450 tonnes of Steel, which requires an enormous amount of metallurgical coal to produce… and the UK government, in its infinite wisdom, just put the only UK source of met coal – the new West Cumbria mine – on hold so it wouldn’t be embarrassed at the COP26 climate conference in the Autumn. D’oh!

Global Supply Chains, Semiconductors and the New Commodities Supercycle – all things to be thinking about….