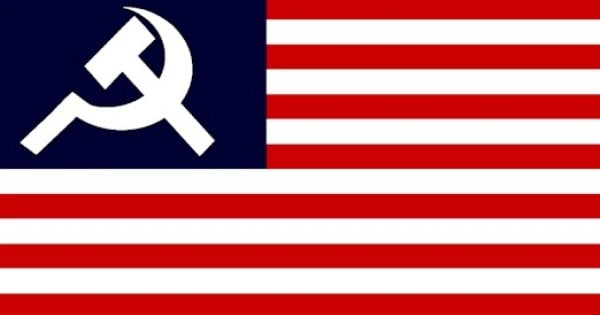 Note: This is the second of a two-part column. Read Part 1, “The 7-year window of reprieve has closed.”

Donald Trump’s remarkable victory in 2016 opened an 11th-hour window of reprieve from the enslavement of the world to a global Marxist order. America became The Republic We Couldn’t Keep upon the finalization of the Trump takedown on Jan. 6, 2021. Trump’s 2022 counter-offensive to claw it back failed – and our window of reprieve closed – when the Purple Uniparty killed the 2022 red tsunami, neutralizing the threat of their overthrow in the short term and granting them another two years to consolidate their power and remove MAGA leaders/influencers from the battlefield. That consolidation will now proceed at a dramatically faster pace (enter the newly mobilized 87K IRS storm troopers) – except for the Trump justices, whose threat can also be neutralized if our enemies “Scalia” Clarence Thomas (or one of the other conservatives) and put John Roberts back in the swing-vote seat at SCOTUS.

I’d love to be wrong, and we can’t stop fighting in any case, but I think we need to adjust our perspective and strategy to start building a “French Resistance” movement to fall back to if the civil war in the 2024 GOP primary shatters the MAGA movement, which looks likely at this point. You can be certain Trump will not back down but will wage total war to reclaim what was stolen from him.

Only a fealty pledge by Ron DeSantis to Trump on the grounds that a Trump second term is his by right could prevent this. In the potential 2024 primary field, only DeSantis has the street-cred to represent an existential threat to a second Trump term (but not enough to beat Trump head-to-head), so if he publicly defers and stands down, the other heavy hitters will likely do the same, preventing the political bloodbath the Never-Trumper RINOs so desperately crave. (They’re happy to remain controlled opposition in the minority so long as they keep the perks.)

Convincing DeSantis to respectfully defer to Trump should become the priority of every American conservative. And just maybe, given that a narrow MAGA beachhead was just established in the House of Representatives, we might just crack that window of reprieve back open an inch or two. But human nature, and the apparent appeal of the dump-Trump talking points to the useful idiots of the right, make that seem unlikely at the moment.

In any case, there’s another existential threat to Trump lurking on the periphery, and that is the potential of a Tulsi Gabbard third-party Ross Perot-style campaign run by the same Bush machine that currently has its hooks in DeSantis. After I published my recent WND column “Tulsi Gabbard and the need for a MAGA natural rights coalition,” cautiously urging conservatives to give her a chance to prove herself trustworthy, several people reached out to me warning that Tulsi’s pro-MAGA overtures might be laying the groundwork for second run at the presidency, this time as an Independent. I promised to raise that point in a follow-up article even before Tulsi signed on as a Fox News contributor, where she is unlikely (even if she wanted to) to have the juice to defy RINO Paul Ryan and Rupert Murdoch’s Clintonista heirs like their too-big-to-fire golden goose Tucker Carlson does.

I have always been of the opinion that Ross Perot was in league with the Bushies to throw the presidency to Bill Clinton in 1992 because Reagan’s vice president, H.W., titular head of a deeply and broadly conservative GOP base, simply could not roll back the Gipper’s policies as fast as Slick Willy could – and that was the key priority of the Purple Uniparty in the 1990s. Perot was essentially the scapegoat to take the blame for a massive defeat of the conservatives, while leaving the Bush Dynasty politically unscathed. The point is the Bush camp knows how to run a spoiler campaign without getting their hands dirty, and Tulsi Gabbard would be a highly suitable candidate to play the part of Perot. I hope I’m wrong about her – but even if I am, the third-party spoiler strategy remains a strong possibility in 2024 with someone else in the Perot role.

One thing has not changed, and that is the absolute fanatical commitment of the elites to destroy Donald Trump and the conservative/populist movement he represents. They have not been weakened but strengthened by the 2022 elections in the sense that they absorbed the full MAGA counterpunch at its greatest possible force and stayed on their feet with a minimal loss of resources and territory. Now it’s their turn to press forward again, against a demoralized and divided rebel army, with the freedom to escalate the savagery and intensity of their tactics without fear of public opinion. The Republic couldn’t stop them. Democracy cannot stop them. Humanitarian questions of justice and ethics and morality and even rationality will not stop them.

What comes next is likely World War III, famine, pestilence and a deep culling of the human race to complete the Great Collapse and make the Great Reset literally irresistible. They WILL have their global Marxist tyranny, which only God Himself can and will conquer in His perfect timing. The only question is how long it will take them to get there and how much we can slow them down by fighting on for truth and right.