I know that I touched upon this in Part 2 of this “Fed is Fuct” series, but I just cannot let go of this topic. It is simply too important of a question—in fact, it seems to be the only question in my mind as we find an event-path for “Project Zimbabwe” to re-accelerate.

Let’s try a thought experiment. Imagine that OPEC pulled back on their production and sent oil to $300. Given how tight the oil market currently is, it wouldn’t even be that hard for them to achieve this. Given how annoyed they are with Biden and Powell, it’s easy to see how they’d want to do this and prove a point. Meanwhile, the rapid spike in oil prices would dramatically increase OPEC’s revenue, even with fewer barrels sold—making you wonder why they haven’t already done this.

At $300 oil, the US economy would collapse. Sure, inflation prints would go parabolic, but with the rest of the economy in freefall, the Fed would be forced to stop chasing the CPI higher. In fact, I’d wager a healthy sum that in such a scenario, the Fed would dramatically reduce interest rates and flood the market with liquidity. The Fed would effectively ignore their inflation mandate in order to save the global economy from OPEC’s oil price spike—much like when they were fighting germs during March of 2020. In this scenario, the Fed would be responding to an exogenous event that threatened to take down the economy.

Now, what if oil didn’t go to $300 due to OPEC?? What if oil went there because our President has joined an end-of-days economic suicide cult, with a bizarre carbon obsession?? The oil price spike would be the same, yet the cause would be different. In this self-inflicted scenario, would the Fed chase oil higher and continue raising interest rates to fight inflation?? Or would the Fed bail out the economy?? Every investor needs to answer this question and answer it correctly as the range of outcomes is too extreme if you get it wrong. If the causes of the oil spikes are different, will the responses be different?? 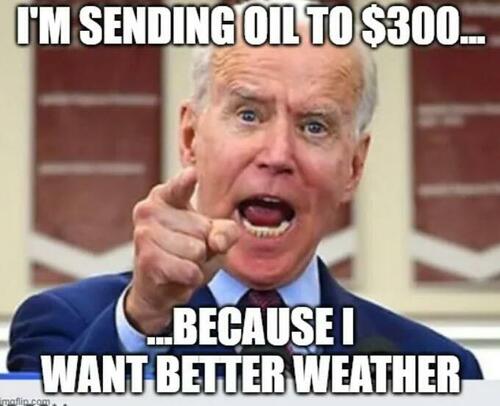 I think we’re about to play out this experiment in real time over the next few months as the SPR releases end, right as China re-opens. The investment choices in front of you are quite different in terms of how you answer this key question. Sure, you’re going to ride oil into the supernova, but when you switch investment horses, which one do you choose??

If you aren’t fixating on this conundrum, you’re going to be paralyzed when it happens. 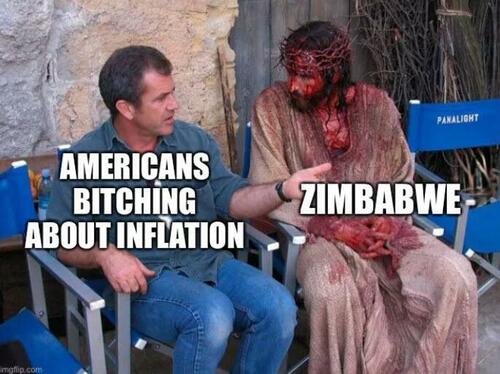 Does he detonate what’s left of the economy by hiking rates?? Or does he stimulate like a lunatic??

One thing is for sure, it won’t be a middle path…

Disclosure: Funds that I control are long an obscene quantity of energy exposure.