Authored by Charles Hugh Smith via The Daily Reckoning blog,

For the past 22 years, every time the stock market whimpered, wheezed or whined, the Federal Reserve rushed to soothe the spoiled crybaby.

There are two consequential results of the Fed as savior:

1. The Fed has perfected moral hazard: everyone from the money manager betting billions to the punters gambling their stimmy money is absolutely confident I can’t lose because the Fed will always push the market higher.

What happens when participants are confident they can’t possibly lose? They make ever-riskier and ever-larger bets. The entire nation is in the grip of a moral hazard mania, all based on the confidence that the Fed will always push every market higher—always, without fail.

2. Organic (i.e. non-manipulated) market forces have been extinguished. There is now only one consequential force, the Fed. All markets are now 100% dependent on the Fed responding to every bleat from every punter who’s recklessly risky bet is about to go bad.

The Fed is now the perfect union of quasi-religious savior and Helicopter Parent: oh dear, our little darling got high and crashed the Porsche? Quick, let’s save our precious market from any consequences!

Every day, Fed speakers take to the pulpit to spew another sermon about the Fed’s god-like power and wisdom. The true believers soak up every word: golly-gee, the Fed is better than any god — it’s guaranteeing I can get rich if I just leverage up any bet in any market!

With a savior like the Fed, you don’t need a real economy or a real market – all you need is the assurance that the Fed will save every market from every consequence. 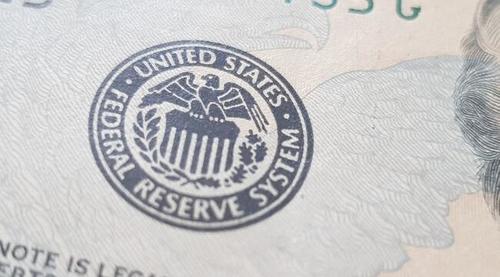 The Point of Diminishing Returns

All this hubris is jolly while it lasts, but since risk cannot be dissipated, it can only be transferred, the Fed has transferred decades of fast-rising risk to the entire system. The entire system now rests on the Fed, a dependency that raises its own risks.

By imposing moral hazard and crushing consequences, the Fed has stripped the entire financial system of self-correcting mechanisms. This is a surefire recipe for systemic failure and collapse.

There is no way to wean the system off its dependence on the Fed, and no way to restore organic market functions. The slightest reduction in the Fed’s spew of trillions will crash the market, because there is literally nothing holding it aloft but Fed spew — monetary and verbal.

The problem with becoming 100% dependent on the Fed is any wobble will crash the system — and diminishing returns guarantee a wobble.

The system’s sensitivity to the Fed’s spew of trillions of dollars and claptrap preaching is diminishing, which is why the Fed has moved from spewing hundreds of billions to trillions, and why Fed speakers who we once heard from once a month are now out in force every single day.

Remarkably, few anticipate any consequence from the Fed’s perfection of moral hazard and the system’s 100% dependence on the Fed’s spew even as diminishing returns gnaw away at the efficacy of the Fed’s ever more grandiose policies and pronouncements.

If you wanted to design a system guaranteed to collapse in a putrid heap, you’d make moral hazard ubiquitous and you’d make the system 100% dependent on a hubris-soaked faux savior.

Hey, that describes America’s economy and financial system perfectly. But now I want to explore something about the Fed you’ve probably never considered before…

The Fed’s Official and Unofficial Mandates

There are two standard-issue narratives about the Federal Reserve’s agenda: the Fed’s official narrative is that the Fed’s mandate is to keep inflation under control while promoting full employment.

The unofficial mandate that’s obvious to all is to prop up assets, especially the stock market, which has become the Fed’s preferred signifier of prosperity and the rightness/goodness of Fed policies.

The other narrative results from “following the money”: the Fed is owned by private-sector banks, and so behind the curtain of happy-talk (full employment, blah-blah-blah), the Fed’s only real agenda is to further enrich banks and too big to fail/jail financiers — something it has managed to do with remarkable success.

That the Fed inflated the 1999-2000 dot-com bubble and the 2005-2008 housing bubble is undeniable, as is the Fed’s 2008-09 bailout of the global financial system and too big to fail/jail mortgage originators and a vast array of other profiteering, embezzler-scoundrels.

The Fed’s zero-interest rate policy (ZIRP) and unprecedented quantitative easing monetary stimulus have pushed the Fed balance sheet, federal debt and systemic debt to heights that heretofore would have been inconceivable.

While pursuing these non-mutually-exclusive agendas — we came to do good and stayed to do well — the Fed has generated destabilizing extremes of wealth and income inequality, a reality that the Fed laughably denies. (There must be much mirth about this BS behind closed doors.)

After the subprime debacle almost took down the entire global financial system, the Fed (with a bit of help from Congress) essentially took over the entire $10 trillion U.S. mortgage market.

Private-sector lenders had figured out how to issue guaranteed-to-default mortgages and pass off the fraudulent mortgage-backed securities (MBS) to a global cast of suckers who believed America’s financial system was properly regulated. (Haha, the joke’s on you.)

In response, the Fed basically nationalized the mortgage market, buying more than $1 trillion in mortgage-backed securities and ensuring that virtually all mortgages in the U.S. were guaranteed or originated by federal agencies: Fannie Mae and Freddie Mac (after their bankruptcy as quasi-private agencies), FHA and VA.

More recently, the Fed realized the private broker-dealer banks that handle the all-important issuance of Treasury bonds could no longer be trusted.

As analyst Christopher Whalen explains, “The Fed’s primary concern is not employment or inflation, but rather keeping the market for Treasury securities functioning.”

In response, the Fed is cutting the broker-dealers out as unreliable players. The Treasury market and the U.S. dollar are the foundations of federal spending and power, and so the Fed has realized that, just as it did with the fraudulent embezzlers of the private-sector mortgage market, it has to bypass or neuter the private-sector players as threats to stability.

Next up on the Fed’s agenda: take charge of the issuance of new money to households and cut Congress out of the loop.

Money Directly From the Fed

If you read up on the Fed’s plans for its own digital currency and the FedNow system, you’ll come to understand that the Fed has concluded that supporting consumption (i.e. giving money to households to enable more spending) is too important to leave in the corrupt hands of the legislative bodies (Congress) or the Treasury, which must issue debt to raise cash to distribute to households, debt that further burdens federal revenues and spending.

We can’t count on you, broker-dealers or Congress, so we’re taking charge, as the system is now so over-extended that any misadventure by other players could well be catastrophic. The only alternative from the Fed’s point of view is to take charge and cut the untrustworthy, self-serving incompetents out of the loop.

So the Fed’s plan is to create new money out of thin air and deposit it directly in household accounts via the FedNow system.

The danger of this power grab is that the Fed will misjudge the situation, and that will prove catastrophic because the system has been stripped of resilience, feedback and redundancy.

I suspect the Fed sees itself as trapped by the incompetence and greed of the other players and by its own policy extremes that were little more than expedient “saves” of a system that is unraveling due to its fragility and brittleness.

The groundwork is being laid for the Fed’s digital currency and direct deposits to households via FedNow accounts.