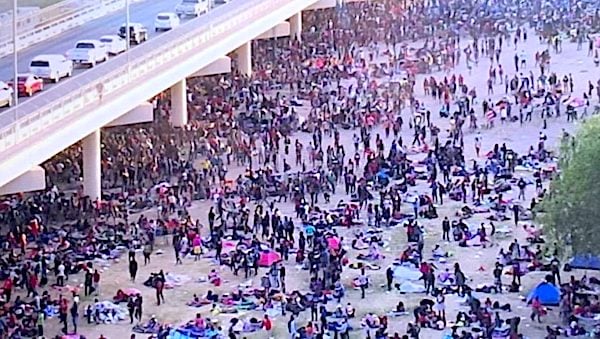 The entire issue of the border with Mexico and the number of people crossing that border illegally is one that has faced past presidents and currently faces Joseph Biden. There are those who suspect he felt he could handle the issue easily, but that’s not what happened.

Consider that according to the Department of Homeland Security, there are at least 11.4 million illegal immigrants in this country as of January 2018. But, now it’s 2023, so the number is substantially higher.

Who are they? Where are they? What are we going to do about their illegal status? No one really has the answers to those questions, and there isn’t much hope that the situation will change.

While most immigration issues focus on people crossing the border from Mexico illegally, there are also issues with other illegals. The Department of Homeland Security is dealing with more than 2,600 Somali nationals in this country who are eligible for deportation. The Biden administration is extending their Temporary Protection Status for another year and a half, so their situation is OK for now. This means they’re eligible to secure work permits and hold American jobs. DHS Secretary Alejandro Mayorkas said that this will protect them from conflicts in their home country.

Awarding “Temporary Protection Status” isn’t new. In 2021, President Biden gave it to more than 100,000 Haitians living here, migrants who otherwise would have been eligible for deportation. Since then, it’s reported DHS has seen a significant spike, with tens of thousands of Haitians arriving at our border on a monthly basis.

One way some states are dealing with the flood of illegals into their territory is to put them on buses or planes and send them to other states. For example, more than 40,000 border crossers and illegal aliens have been sent to the city of New York since the spring of 2022. Most of them have come from Texas, and the mayor of New York says he needs help dealing with the situation.

Mayor Eric Adams says his city can’t handle the load and has asked President Biden to fairly distribute the illegals across the whole country equally.

Unfortunately, it appears that the president is implementing a plan to enable more border crossers every year. The latest projection is that Biden will set another immigration record this year with 2.6 million border crossers and illegal aliens being apprehended. This doesn’t include those who got into the country on their own. and are not accounted for.

He is also using a program that allows the release of hundreds of thousands of illegals into the U.S. interior every month. Breitbart reports that current estimates are that the Biden administration has released 1.6 to 2 million border crossers into American communities since February 2021. These people get work permits issued by the president so they can work here.

And how about this? California is a sanctuary state, and its governor, Gavin Newsom, has begun to implement a new law that allows “recently-arrived border crossers” to police American citizens as law enforcement officers on all legal levels.

Take a minute and think about that! Illegals policing American citizens.

President Biden recently completed two days of diplomacy in Mexico involving officials there, as well as representatives from Canada.

He was hoping to stem the tide of illegals crossing our border. The summit involved Biden, Mexican President Lopez Obrador and Canadian Prime Minister Justin Trudeau. The ultimate goal was to improve supply chains among the countries as well as weathering economic headwinds.

There was criticism that there were no specific goals for the meeting. Myron Brilliant, the executive vice-president and head of International Affairs for the U.S. Chamber of Commerce, said, “It’s not sufficient for leaders to just ‘get together.”

But it does make them feel better!