The following article, The Good Side of “Never Allow a Crisis to go to Waste.”, was first published on The American Vision.

The following article was suggested by American Vision supporter James M. Krutzig who wrote most of it.

Former Chicago mayor and chief of staff to President Barack Obama Rahm Emanuel repeated his statement in 2008 during the financial collapse that was the result of government programs run amok, “Never allow a crisis to go to waste.”

The response was quick and sure from Marc Lotter, Director of Strategic Communications for Pres. Trump’s 2020 Campaign:

Democrats are using Rahm Emanuel’s playbook of never letting a crisis go to waste. Their demands have NOTHING TO DO with helping the American people combat the Chinese Virus —this is about fulfilling their liberal wish list/Green New Deal.

The prudence at the core of “Never allow a crisis to go to waste” statement is essentially “strike while the iron is hot,” but not in the way Emanuel and his Leftist protagonists mean it.

In most crises throughout history, the general public tends to respond in anxiety and fear. Politicians for millennia have recognized that this fear makes it easier to pass laws that otherwise would be a herculean task in calmer times.

Liberty at Risk: Exposing the Politics of Plunder

In Liberty at Risk, Gary DeMar presents a biblical, historical, constitutional, and rational approach to government. Not only has God set forth the principles of liberty in the Bible, He has also equipped us to think through the implications of these principles. Civil government is ordained by God, but it should never be made into a god.

While this often has led to politicians making
power grabs and the populous appointing elected saviors (1 Sam. 1:8),
Christians often miss the opportunity before them (Luke:16:8). Right now, we
the citizens (not subjects) of this nation have a golden opportunity to make a
subtle but powerfully strategic move.

As federal and state governments hurry to pass
relief bills to help hurting Americans and a suffocating economy, we should
take advantage of this as salt and light to our elected officials. While there
are several important things that we should advocate to be passed, perhaps the
most strategic victory we could advocate for is a tax deduction for
individuals, families, and employers who are using health sharing ministries.

Sharing ministries have a firm biblical basis.
In Galatians 2:6, the Apostle Paul wrote, “Bear one another’s
burdens, and thus fulfill the law of Christ.” In Acts 2:44–45, the early
Christians “were together and had everything in common,” that is, they shared a
common faith and saw what they owned to be a gift from God that could be used
for His people and the advance of His kingdom, and “gave to anyone as he had
need.” Those who gave to help others were not compelled by either the church or
the State to share with others.

Health care sharing is a way that Christians are paying for their health care without using health insurance. When they have a medical need, Samaritan members receive support from other members and pay their health care providers directly.

A monthly share is the amount you send directly to other members each month and is based on the membership level that you select. Each month you’ll send your share to a member in need.

It’s that simple. The top three are the Medi-Share, Samaritan
Ministries, and Christian
Healthcare Ministries.

For those who are not familiar with them, health
sharing ministries are an alternative to insurance that is allowed under the
current laws. Unlike the governmental insurance and healthcare system that
relies on government mandated taxes and fees to make a convoluted and expensive
system that ultimately makes the problem of expensive health care worse, health
sharing ministries are designed for Christians to give monthly payments to help
other Christians in the network with their medical bills.

The results have been astounding. Since these
ministries do not rely on a complex bureaucracy and regulations, but rather
connect the patient with the provider directly with cash payments, both parties
have been able to cut costs and save money. The chief issue that has prevented
many Christian families and businesses from joining them is cost. Here’s where
the strategic play comes in.

If we, as salt and light can contact our
representatives, both federal and state, in each branch or house, and make
known our desire for this type of legislation to be passed in any upcoming aid
bill, we could win a significant victory. The ability for individuals and
families to deduct their health sharing payments from their taxes (and
employer’s contributions to a lesser extent, so that plan is connected to the
individual, not the employer) would allow thousands of Christian families and
businesses to join these plans, which in turn would drive our healthcare system
to lower prices with better results.

The more this happens, the less need there
would be for high priced government insurance and would not only undermine the feel-good
named Affordable Care Act (Obamacare), but would crush the advance towards full
socialized medicine. In other words, we would be on the road to a free market healthcare
system.

As millions of Christians are stuck at home
wondering what they can do, there is no better time to use your influence on
your elected representatives. Redeeming the time before us, passing this type
of legislation could sow such a strategic victory that our grandchildren could
reap a new age in American history: the return of the free market.

Continue reading The Good Side of “Never Allow a Crisis to go to Waste.” … 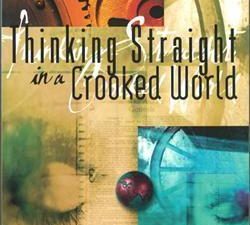 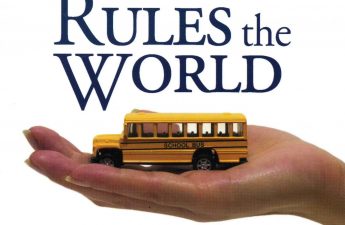 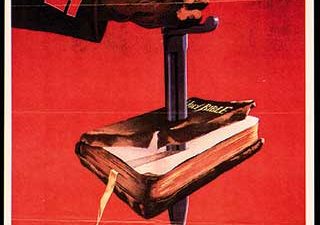