Authored by Brad Lena via AmericanThinker.com,

Currently, transnational globalists are pushing for a “Great Reset.”  It helps to understand what’s coming at us if you remember that the globalist’s mindset is akin to a zookeeper’s.  Currently, the zookeepers have their animals safely confined, but there remains a modicum of hope that the animals can liberate themselves.

First some context.  History is replete with ideologies that seek to save people either from themselves or a foreign contagion.  Until recently, this impulse, as the 20th century shows, has taken the form of political ideologies.

For those espousing Marxism, the ideology sought to cleanse a people from the errors and machinations of the past.  When the new ideas prevailed, even if only briefly, the alleged salvation from historical, social, and economic maladies required a reset of just about everything.  More often than not, the reset was accompanied by a sea of blood and violence.  The objects of salvation (the people) often died or ended up in the same circumstances or were worse off.

In any case, the intellectuals of modernity (see Thomas Sowell’s Intellectuals and Society) decided that people left to their own devices will get in the way of humanity’s salvation.  Their solution is global governance that will closely manage all human activity.  Saving humanity is yesterday’s solution.  Saving Planet Earth from humanity is the ticket.  Enter the zookeeper. 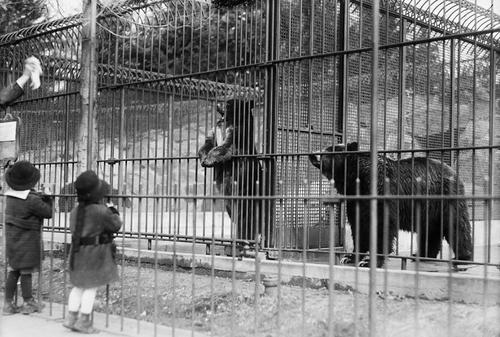 In a zoo, the animals are confined.  Their diet, reproduction, interaction with other species, consumption of resources, etc. are carefully managed, depending on the zookeeper’s management goals.

When the kept animals’ illness, infirmity, or age becomes a liability, they are eliminated.

In the 21st century, COVID has given the intellectuals and their political and media lackeys the ability to turn modern life into a giant zoo.  Whatever the coronavirus’s root cause, the ruling elite have passionately embraced its usefulness as a tool to reorder societies and economies across the globe.

I may be wrong, but I do not recall a time when the world’s governments acted in such remarkable uniformity.  The virus-instigated collapse of the extant infrastructure (i.e., jobs, income, mobility, access, distribution, manufacturing, agriculture, etc.) has been blindingly swift.  The obvious question — “When will things return to normal?” — is regularly answered by the authorities: they won’t.

The ruling class intends to give the “new normal,” AKA “the reset,” its best shot.

The future the ruling class contemplates is one in which “rights” and privileges will be granted only to those people who comply.  Global mobility has plummeted, enforced confinement is mandated, jobs have vanished, goods are becoming scarcer, surveillance is omnipresent, and noncompliance is punished.  We will be told that this is all for the greater good.  The elite have turned the world into a zoo, with themselves as keepers and the rest of us as the animals that must be trained or destroyed.

The power to command and control human activity is off the charts.  The impulse toward totalitarian rule is as old as dirt.  Those with the power to attempt it have always done whatever it takes.  The good news is that the animals in this new zoo are the most innovative, creative, adaptive, and resilient creatures on the planet.  There’s still a chance they can bust out of the joint.