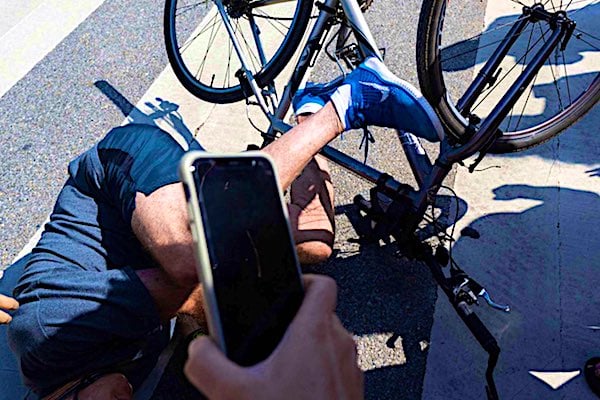 Joe Biden’s fall from his bicycle Saturday in Rehoboth Beach, Delaware, is inspiring Americans who regard the plunge as a metaphor for what has happened to the nation as a whole with Biden in the White House.

They’ve taken to social media to create countless memes featuring either pictures of Biden’s actual fall, along with doctored photos and even creative videos examining the event.

Among those voicing their reactions is Sebastian Gorka, a former official in the Trump administration and Fox News analyst, who succinctly stated: “The last 17 months. In one picture.”

Another Twitter user posted a photo of Biden grappling with his bike on the ground, noting: “The President of the Free World, supposedly the most powerful man in the world wallowing around on the ground with his feet all tangled up. Basically the US right now.”

The President of the Free World, supposedly the most powerful man in the world wallowing around on the ground with his feet all tangled up.
Basically the US right now.#BidenBikeFall pic.twitter.com/NWo8jbZk59

Actor and conservative political activist James Woods noted how the leftist media covered for Biden, as he highlighted a headline in the Atlantic stating: “The Heroism of Biden’s Bike Fall,” along with his personal caption of: “As The Babylon Bee slips to second place in the Satire Marathon …”

Some other observers opined:

Is “I’ve fallen and I can’t get up” actually broadcasting messages from God? The answer is an absolute yes! Find out how! 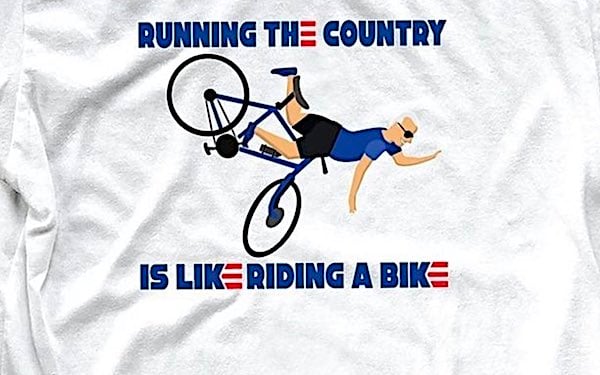 I just wanted to let you all know that I'm safe.

Since they like to blame everything on Trump .. someone made a funny

BREAKING: #JoeBiden has COLLAPSED while riding his bike.

The Secret Service has a suspect #BidenBikeFall