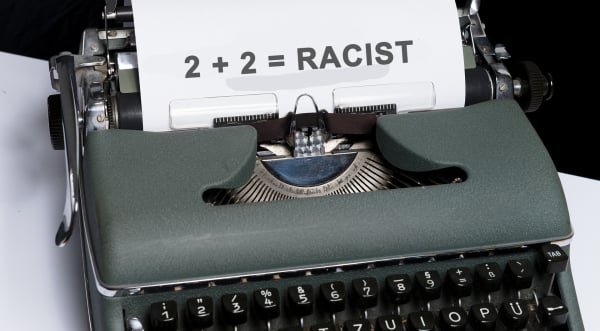 For your edification, I would like to present you with another partial list of things that have been deemed racist and/or white supremacist (the two terms are often interchangeable) in the last few years. The list is growing daily, so this column can only be incomplete.

This list is only presented as a public service, so it’s up to you – as a proper woke American – to avoid all the things, terms, people, subjects, foods, books, pets, diseases, locations, beverages, fashions and activities that might offend someone because of your white supremacy and privilege (even if you’re not white). So without further ado, and in no particular order:

2. The Fourth of July is (of course) racist.

TRENDING: Inflation Reduction Act is the problem, not the solution

5. Arresting someone for torturing cats is racist.

6. Putting an American flag on your vehicle is racist.

7. The Declaration of Independence is racist.

8. Criminalization of marijuana is racist.

9. The Oregon Trail is racist.

11. The fossil fuel industry is racist.

19. Denying that medicine is racist is racist.

22. Categorizing ancient human remains as either “male” or “female” is racist.

26. White people who have a good relationship with their family are racist.

27. NOT funding abortion is racist.

From sociopolitical commentary to romance writing! Patrice Lewis branches into the world of Amish inspirational fiction. These clean romances are wholesome enough for Grandma to read. Check out Patrice’s available titles.

33. The term “brown out” to describe unstaffed firefighter units is racist.

25. The Second Amendment is racist (since it’s meant to preserve white supremacy).

26. Fears of gun control are racist.

31. Capitalization (of letters) is racist.

32. Diversity of thought is racist.

36. Alcohol consumption is caused by racism.

37. The Founding Fathers (of course) were “racist, misogynist jerkfaces.”

41. Covering the Ukraine war is racist.

43. The Southern Poverty Law Center is racist. (This one I believe.)

44. The Constitution (of course) is racist.

45. Concern for Ukrainian refugees is racist.

46. Tipping in restaurants is racist.

48. Implying Asians are intelligent is racist.

50. Kamala Harris’ political gaffes are due to racism (and misogyny).

56. The field of nuclear science is racist.

58. Getting rid of a school board that hid sexual assault is racist.

64. The Beatles are racist.

67. Agriculture and farmers’ markets are racist.

74. “Education” is code for white racism.

80. Asking children to behave and follow directions is racist.

82. A British accent is racist.

83. Belief in creationism is racist.

86. The Welsh language is racist.

89. Objecting to lowering the voting age to 16 is racist.

96. Infants are racist – but only white infants.

99. Denying you’re a racist is racist.

I know this is a weary cliché, but it can hardly be improved: If everything is racist, nothing is racist. That should be abundantly clear by now. If you think punctuation or solar eclipses or the Appalachian Trail are racist, then you’re just being stupid.

But hey, we knew that anyway, didn’t we?