With Democrats’ slim majority in both houses in Congress and two of their own moderate members unwilling to sign off on the party’s ambitious progressive agenda, there’s yet another Democrat who may have just killed any chance of railroading legislation through Congress without casting a single vote; Senate Parliamentarian Elizabeth MacDonough. 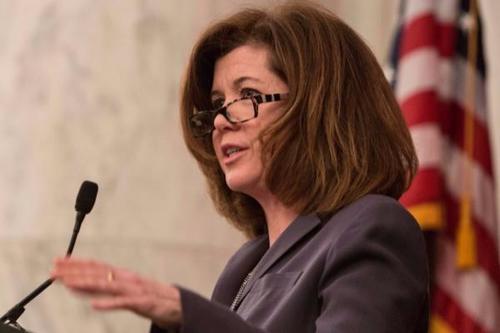 And as Red State reports, she may have just “ripped the heart out of the Democrat agenda (emphasis ours):

While the Democrats have high, if not delusional hopes of fundamentally changing every aspect of American life, from federal voting dictates to essentially outlawing sub-contracting, the actual rules of the Senate have stood in their way. The filibuster, which Joe Manchin and Kyrsten Sinema (among others who are laying low) have pledged to not touch, means that Chuck Schumer and his merry band can’t force through things on a simple 50-50 vote.

The Democrats were given a shot of life a few months ago, though, in the form of a parliamentarian ruling that Schumer claimed greenlit most of his agenda. I expressed skepticism at the time in an article discussing the infrastructure package.

Chuck Schumer recently claimed the Senate parliamentarian gave him free rein, yet that decision has not been made public, and there’s probably a reason for that.

Well, it appears my skepticism was warranted. In what is claimed as a “new ruling,” the parliamentarian effectively rips the heart out of the Democrat agenda.

the ruling ALSO said Congress would have to start over. Repass budget in committees and bring them to the floor. in the senate, that would trigger another vote-a-rama. This would be exceedingly time consuming, and potentially politically risky.

Reconciliation is a very narrow process, and the Byrd Rule requires that anything included in a reconciliation bill must deal with taxes and budgetary issues. You also have stipulations about deficit offsets that must be taken into account. You can not pass regularly legislative items under the guise of reconciliation.

Given that, this ruling essentially defeats HR1, the ProAct, and much of what is included in the current “infrastructure” bill. Of course, none of those bills were likely getting support from Manchin anyway, but with reconciliation off the table to get this stuff passed, Schumer is now officially out of options.

Of course, as I explained last week, don’t count some Republicans out in regards to handing Democrats what they want anyway, especially in regards to the infrastructure bill. Now is not the time for compromise. The GOP must buckle down and stand in the gap to stop the radical agenda Schumer and his allies are pushing for. If the Republican Party can’t do that, what’s the point of it existing?

Let this nonsense languish. Nancy Pelosi’s tears are edifying. Besides, I’m not even sure Schumer really wants this stuff to pass save the federal takeover of the voting system. That would mean having to own the terrible results. It’s easier to propose garbage, watch it die, and virtue signal about it.