The Strangest Recession Of Our Lifetimes

Authored by Jeffrey Tucker via The Epoch Times,

Meanwhile, inflation in all sectors is raging so high and hot that it has overtaken every other issue that polls say matter in the lives of average Americans. 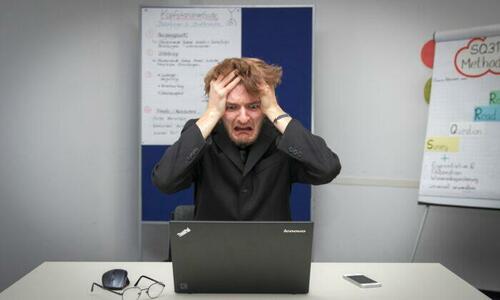 This inflationary recession—also called stagflation—is an odd beast in any case. The combination of both purchasing power declines and falling productivity violates not only every modeling presumption made since the Keynesian revolution of the 1930s but also just plain intuition. Higher prices are supposed to signal higher demand and/or tighter supply, not lower demand and higher supply.

So yes, this is strange. We are going to have to get used to it. It’s what happens when the money itself loses its integrity. The whole point of money in the first place—the essence of its economic utility—is to provide a common tool of measurement to facilitate trade and enable accounting. Its emergence permits investors, producers, and capital owners to assess the economic rationality of their actions.

When money blows up and no longer serves as a reliable guide to economic realities, various degrees of chaos ensue. You can feel like you are getting richer when you are really getting poorer. What can seem like profits are really losses. What seems like a hopeful environment can quickly switch to the other direction and become despair.

This is why inflation induces such fear in every sector of life.

We learned this in the 1970s as stagflation gradually took over in successive waves until it was stopped in 1981 by two major shifts: tighter money and a policy emphasis on strong economic growth. Today we are getting the former but not the latter, virtually guaranteeing a serious quagmire that will last at least two more years. The economic damage of this period will be too enormous to contemplate.

But let’s take a careful look at the strangest anomaly of all: the unemployment rate. It is historically low right now, at 3.6 percent. That is far lower than it has ever been during any impending recession. In fact, it is as low as any period since the end of World War II. 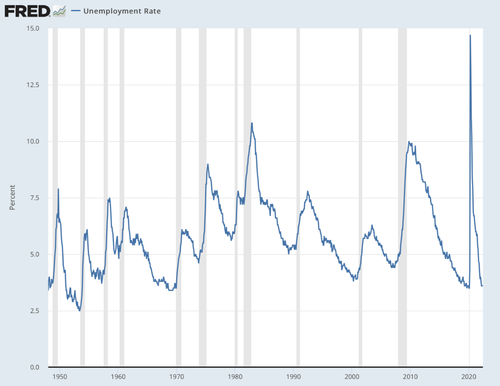 And yet, everyone knows that this is not a reason for hope: the labor participation rate is about where it was forty years ago, as if the whole experience of a more inclusive workforce never happened. It is also currently falling. There are reasons both demographic and cultural for this but it is impossible to understand without reference to the egregious and devastating effects of lockdowns. 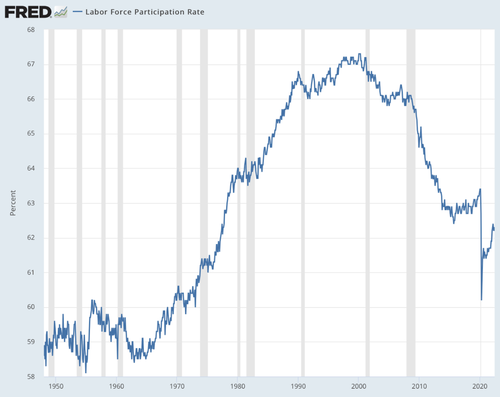 That makes sense in a way. Why count people who are not even looking for work as part of the unemployed masses?

On the other hand, it is a case of how a statistically accurate number can create a seriously misleading picture.

By any standard, this measure of economic health is broken. Every recession on record in the 20th century has been marked by high unemployment. This pattern has been so strong that it has confused even smart economists, many of whom came to believe that the labor problem was itself a cause—rather than an effect—of the recession. They often sought to solve this issue through benefits and job creation programs, policy tricks that have never worked.

Today, this no longer works. But this points to a larger problem: most of these data sets are overly aggregated. The big number treats all “workers” as a whole without regard to demographics. The Department of Labor tries to break it down by categories but not in ways that are particularly helpful. We can find out all kinds of things about race and gender but not much about the issue that really terrifies people: which income groups are most vulnerable to job insecurity today.

Only about 20 percent of U.S. workers are able to earn more than $100,000 per year but these are the target jobs that every single college graduate wants. Ironically, this is because everyone knows that these are the jobs that require the least work and offer the most benefits. They are the Zoom jobs that everyone wanted to have during the lockdowns because it meant getting up late, wearing PJs all day, and starting cocktail hour mid-afternoon.

Life was good! Better than good!

My friends, beware. Everything we are seeing among current economic trends suggests that these jobs, more than any other, are vulnerable to being slaughtered in tight economic times.

This would be the opposite of the 2008 recession. Back then, unemployment peaked at 10 percent. But a more careful look at the numbers showed something incredible. This affected the high incomes not at all: their rate of unemployment never went above 3.2 percent.

A breakdown of the data revealed that the unemployment of that period hit mostly the working classes earning wages, while leaving the upper incomes untouched. The disparity of economic suffering was the single most salient feature of that period.

This time, we face something completely different. There is a huge shortage of workers willing to earn relatively lower incomes, show up to the office, earn wages, and actually work with their hands, drive the trucks, move the boxes, and make the food. There is, on the other hand, a huge surplus of workers demanding huge salaries to stare at screens, stay home, gossip on Slack, and otherwise deploy their generous benefits packages to their maximum extent.

This recession will very likely be felt in the labor markets severely but the impact will not be among those who are willing to do actual work versus earn high incomes by virtue of their college credentials. The people who are in for a rude awakening are those who have heretofore imagined that their CVs alone would guarantee a good life.

In other words, this will be a “welcome-to-reality” moment for the entire class of people who rode out the pandemic response by “staying home and staying safe” while expecting the working classes to serve their every need. They gladly took their stimulus checks even though they saw no interruption in their income streams, while figuring out clever ways to trick their bosses into believing they were productive while doing almost nothing at all.

Perhaps the best term for our times is: reckoning. Thanks to massive government spending and the magic printing press, the administrative state created a fake world in which the overclass thrived for at least two years. Some might say that this fakery actually began in 2008 and continued through the whole decade.

In the end, economic reality can be slow to dawn but the dawn can burn very bright once it happens. This inflationary recession will be one for the ages. It could be a rare instance in which the overclass itself feels the most pain while workers with actual skills and the desire to produce will find a way to make it through despite every obstacle.

The “essential workers” are about to find out just how essential they really are.