DRAMA over a potential new host of The View has thickened after a star comedian apparently canceled her appearance on the show.

Wanda Sykes was scheduled to appear on The View this past Friday but reportedly called it off after finding out who was co-hosting.

There are even rumors of Alyssa becoming a permanent conservative co-host on the show, replacing ex-panelist Meghan McCain.

According to the Daily Beast, when Wanda’s publicist was made aware that Alyssa was going to co-host Friday’s episode, Wanda wanted out.

A View insider told the Daily Beast: “She didn’t want to be part of helping a Trumper launder her reputation.” 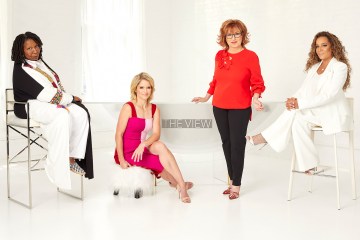 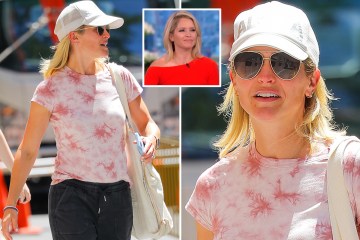 The Sun’s request for comment from The View and a Wanda Sykes spokesperson were not immediately returned on Tuesday.

Wanda has been an outspoken critic of former president Trump in the past.

In an interview with NPR promoting Wanda’s Netflix special Not Normal, she talked about how hard it was to make fun of Trump, but for all the wrong reasons.

Wanda said: “You would think, ‘Oh boy, there’s so much to make fun of,’ but really I can’t write anything funnier or more ridiculous than what Trump actually says.”

Although Alyssa has turned on Trump, fans still criticize the co-host.

One fan said: “We don’t need toxic Trump rejects for this show to be interesting!”

Another angry viewer said: “If she is hired, I’m out all over again!

“Do the producers not see how excited we all were when Meghan left?!! I have not missed her for one second!”

A third fan added: “I don’t like her at all. I was hoping they would take a closer look at Tara Setmayer.

“I can’t tolerate any of these Trumpers who should be shunned, not hired.”

The View will most likely name its new permanent co-host before the current season ends on August 5, the New York Post reported.