THE View’s Whoopi Goldberg has blasted her co-hosts’ discussion about an A-list star allegedly cheating on his wife.

The moderator, 66, has tried to shut down the Wednesday segment, having had enough of the topic.

He did, though, admit to behaving “inappropriately” and that he “crossed the line.”

Whoopi brought up the scandal during Wednesday’s episode of The View and looked unhappy with the topic from the start.

After explaining some of the details, she just looked directly into the camera in annoyance. 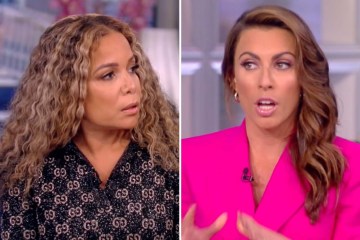 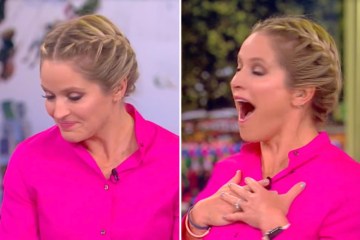 Eventually, she was able to finish out the rest of her topic introduction, asking her co-stars: “Does an online relationship count as cheating, as far as you all are concerned?”

One host said, “Yeah,” and then Whoopi went with it and tried to end the topic after just that one-word response.

The moderator declared: “OK, next item!”

Everyone clapped, and the hosts all laughed, but then Sunny Hostin picked the topic back up and shared a bit more about her thoughts on it all.

Whoopi still wasn’t having it and slammed the fact that they were even discussing any of it on the show.

She blasted: “I don’t even want to talk about it.

As Sunny kept going on about how Adam “made a mistake,” Whoopi just told her to go “call him” instead of chatting about it on air.

The actress went on: “Why do we have to participate? Why is The View participating? That’s what I wanna know.”

IG model Sumner claimed in a TikTok video on Monday that she had an affair with Adam for about a year.

Adam then told TMZ on Tuesday: “I used poor judgment in speaking with anyone other than my wife in ANY kind of flirtatious manner.

“I did not have an affair, nevertheless, I crossed the line during a regrettable period of my life.

“In certain instances it became inappropriate. I have addressed that and taken proactive steps to remedy this with my family.”

The Voice star – who has two children with Behati – went on: “My wife and my family is all I care about in this world.

“To be this naive and stupid enough to risk the only thing that truly matters to me was the greatest mistake I could ever make.

While Whoopi wasn’t able to successfully end the hosts’ on-air conversation about Adam as early as she wanted to, she was able to “kill” a discussion during Tuesday’s broadcast.

The 66-year-old shut things down with a clap-back after hearing one of her fellow cast members seemingly throw shade her way.

Sara Haines, Alyssa Farah Griffin, and Sunny debated the topic of a politician changing her name, which Sunny didn’t approve of, while the other two were fine with.

After Sara told Sunny, whose full first name is Asunción, goes by a different name, the host explained that that’s because “most Americans can’t pronounce [it].”

Then Sara said that, in general, she just thinks “people gravitate to names for different reasons.”

Whoopi looked annoyed by what they were saying, especially Sunny’s comments about not liking people changing their names, as Whoopi did just that to her own moniker.

“I am authentically myself. I am Whoopi Goldberg, and we’ll be right back!”