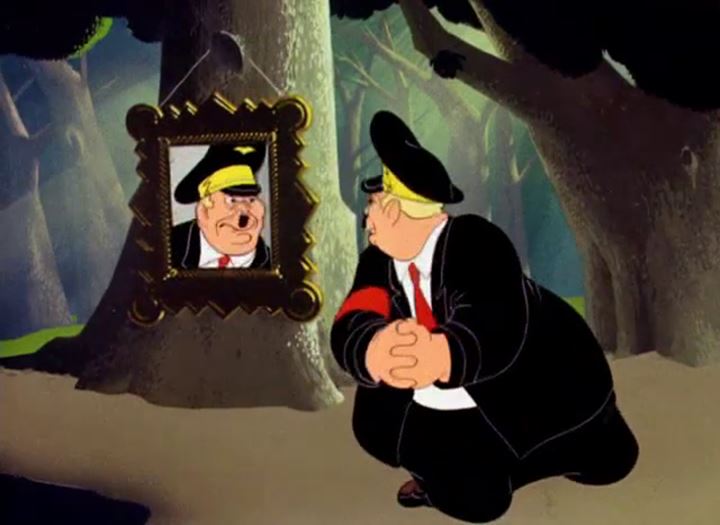 The following article, The ‘What Ifs’ of History and What Might Have Been, was first published on The American Vision.

The Butterfly Effect is said to explain how seemingly inconsequential events can cause catastrophic results. The flap of a butterfly’s wing might set off a series meteorological events that result in a hurricane in the Caribbean. What’s true for wind currents can also apply to historical events.

For example, the assassination of Archduke Franz Ferdinand of Austria and his wife by Gavrilo Princip, a Bosnian Serb and Yugoslav nationalist, may have been the catalyst for World War I which set up conditions for the rise of Adolf Hitler and World War II.

What if Adolf Hitler had been a better artist or had been afflicted with the family name Schicklgruber? For the first thirty-nine years of Adolf Hitler’s father’s life, he was known as Alois Schicklgruber. Because Alois was illegitimate, he was named after his mother, Maria Anna Schicklgruber. Later, Maria married Johann Hiedler, a wandering miller. Even so, Johann never passed his name onto Alois. After Maria’s death, Johann vanished for thirty years, only to reappear at the age of eighty-four, with his name now changed from Hiedler to Hitler. How would history have been different if Johann Hiedler had stayed out of Alois Schicklgruber’s life?

There are many weird twists of fate in the strange life of Adolf Hitler, but none more odd than this one which took place thirteen years before his birth. Had the eighty-four-year-old wandering miller not made his unexpected reappearance to recognize the paternity of his thirty-nine-year-old son nearly thirty years after the death of his mother, Adolf Hitler would have been born Adolf Schicklgruber.

There may not be much or anything in a name, but I have heard Germans speculate whether Hitler could have become the master of Germany had he been known to the world as Schicklgruber. It has a slightly comic sound as it rolls off the tongue of a South German. Can one imagine the frenzied German masses acclaiming a Schicklgruber with their thunderous “Heils”? “Heil Schicklgruber!”? Not only was “Heil Hitler!” used as a Wagnerian, pagan-like chant by the multitude in the mystic pageantry of the massive Nazi rallies, but it became the obligatory form of greeting between Germans during the Third Reich, even on the telephone, where it replaced the conventional “Hello.” “Heil Schicklgruber!”? It is a little difficult to imagine. [1]

Hitler confided to his only childhood friend, August Kubizek, “that the name Schicklgruber ‘seemed to him so uncouth, so boorish, apart from being so clumsy and unpractical. He found ‘Heidler’ . . . too soft; but ‘Hitler’ sounded rich and was easy to remember.” [2] What’s in a name? Maybe more than we realize.

When President John F. Kennedy arrived in Dallas on November 22, 1963, the plan was for him to ride in a specially designed limousine that would take him through the streets of Dallas before throngs of people who wanted to get a glimpse of the president and his very popular wife. The car was equipped with a removable bubble top. Because it rained earlier in the day, the top was left on. Jim Lehrer of the “McNeill/Lehrer News Hour” was a reporter covering the Kennedy visit to Dallas for a local public broadcasting station.

The Unknown History of the 20th Century

The video series explores the key events and figures of the past century and the unknown social, political, ecclesiastical, cultural, even conspiratorial forces that have made America what it is today.

Just over twelve hours later, I was part of the bedlam at the Dallas police station along with hundreds of other reporters. I went into the police chief’s outer office to await the breakup of a meeting in Chief Jesse Curry’s main office. I had no idea who was in there.

The door opened and out walked several men. One of them was Forrest Sorrels. He looked tired and sad. And bewildered. He saw me and I moved toward him. His eyes were wet. He paused briefly, shook his head slightly and whispered: “Take off the bubble top.”

What if Jim Lehrer had never asked about the bubble top? LBJ’s “Great Society” would never have materialized. The “welfare state” might have become just another liberal psycho-babble slogan.

A similar what-if scenario has been done for Robert Kennedy: “An end to Vietnam, no Watergate, a chance for liberalism.” So writes “Kennedy’s biographer on the might-have-beens” of JFK’s younger brother who had fallen to an assassin’s bullet on June 5, 1968. [5]

The number of historical “what-ifs” is staggering. Thinking about any of them will drive you crazy. Abraham Lincoln had already seen Our American Cousin. It was Mrs. Lincoln who insisted that they go to Ford’s Theater on April 14, 1865. What would America be like today if Lincoln had not been assassinated?

Then there’s the case of Gen. Robert E. Lee’s lost orders in Maryland in 1862. They were later found by Union soldiers. James McPherson, author of the 1988 history of the Civil War, Battle Cry of Freedom, outlines a historical what-if where “Lee would have been much more likely to have won a major victory in Maryland instead of suffering an embarrassing loss, and a victory surely would have led to recognition of the Confederacy by the British and French governments. And that could have resulted, ultimately, in Confederate independence.” [6] Other historians, following the what-if scenario, came to similar conclusions about America’s darkest war.

Two years before the settlement of Jamestown in 1607, a group of Catholic conspirators plotted to assassinate King James I and members of Parliament by blowing up the House of Lords and the House of Commons. By destroying the government, the conspirators hoped to recapture the crown and return the country to Roman Catholicism. The conspirators rented a house immediately adjoining Parliament.

Thirty-six barrels of gun powder were placed in a cellar under the House of Lords, where King James was to address Parliament on November 5, 1605. Iron bars and huge stones were placed over the mound of powder to increase the destructive force of the blast. The disastrous concoction was then hidden under coal and wood. When the fateful day arrived, the plot was never carried out. Someone had sent a letter to the parliamentary leader warning him not to attend the forthcoming session of Parliament, and the plot was exposed.

Guy Fawkes, one of the conspirators, was arrested as he entered the cellar before the planned explosion. Fawkes and seven others were eventually tried and executed. To this day, every year on November 5, England celebrates Guy Fawkes Day with fireworks and by burning the mad bomber in effigy.

Would America’s history have taken a different path if Fawkes had been successful in carrying out his plan to kill King James and members of Parliament? Would there be a United States of America today, or would our great nation be just another Latin American dictatorship?

With the death of King James, the translation started by him in 1604 might never have been completed.