I’m not without sympathy for those on the left, because I remember well what it was like to be amongst them.

I’m grateful I didn’t physically maim anyone while a part of that darkness. I’m thankful I didn’t terrorize anyone. I’m sorry I committed acts of senseless vandalism and mayhem. And I regret any successful recruiting to the cause of nihilism for which I may have been responsible.

That was a long time ago – probably at least 42 years.

Still, I do remember how easy it was to be part of the left – and I mean the hard left, not just the kind of liberalism that is more in vogue today than it was in the 1960s and 1970s.

Being part of the left – either hard of soft – is a gutless choice. You never really have to say no to anything except the opposition, common sense and God’s wisdom.

That’s what I see all around me today.

Rebellion against reason and righteousness is rewarded by the left and has been since I was a teenager. I realized that when, as an infamous high-school radical in the late 1960s and early 1970s, I was recruited by prestigious colleges and universities – not for academic achievement, but for revolutionary rhetoric.

The only difference between then and now is that academia, the media, the corporations, Big Tech, the entertainment establishment, Wall Street, the teachers unions, the FBI and the Deep State are devoted to inculcating a rigid form of totalitarian socialist thought that would have made Stalin proud.

There’s an old saying, “If you’re not a liberal at 20, you don’t have a heart. If you’re still a liberal at 30, you don’t have a brain.” There are apparently many derivations of this adage dating back to at least the 19th century, which certainly suggests it resonates with truth. When someone would suggest something like this to me when I was 20, I would become enraged. When I turned 26, I began to understand its timeless wisdom.

The problem today is that people are just not growing up fast enough. Maturity has been retarded. The search for truth has been hindered, obstructed, deliberately and systematically encumbered by an avalanche of propaganda.

And, today, the free-and-open exchange of ideas, free speech and the free press are all threatened by a few corporations that exert a growing hammerlock of control over the internet – a once-promising frontier that originally offered a level playing field for all voices, perspectives and beliefs.

Is all this some grand conspiracy? No. Don’t get me wrong. There are plenty of people conspiring to push the country in this direction. But there’s at least an equal amount of willing self-deception at play. Even many of the leaders of the left are incapable of discerning the truth, seeing reality, escaping their own vain imaginations.

And, incidentally, that’s just what God promised would happen to people who strayed from His path. The further removed you get from righteousness and truth, the harder it becomes to believe they even exist – or that their Author does.

That’s where we find ourselves today with America more deeply divided than at any other time in my life.

We can thank God for former President Donald Trump, a flawed man like any of us, who, more than any other leader in memory, stood up to the insanity that surrounds us and called it what it is in simple, direct language – “fake news, lies, stupid, bad.” He was giving us plenty to be happy about. He accomplished amazing things in a short time period, but the resistance is strong. And, let’s be honest, Trump brings out the worst in his enemies and the best in the rest of us.

He gave us a reprieve from the manufactured chaos and crisis, but the left is mobilizing its brain-dead zombie armies and phony voter rolls and will use any means necessary to neutralize him. That’s what happened in 2020.

It’s not just a cultural war, it’s a spiritual one. And, increasingly, it’s a worldwide phenomenon.

“The Gospel in Every Book of the Old Testament” by Joseph Farah is available in both hardcover and e-book versions.

ALSO: Get Joseph Farah’s book “The Restitution of All Things: Israel, Christians, and the End of the Age,” and learn about the Hebrew roots of the Christian faith and your future in God’s Kingdom. Also available as an e-book.

The post The willful blindness of the left appeared first on WND. 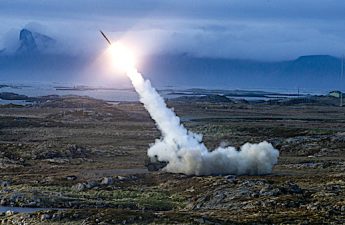 Algeria preps for war with Morocco – OVER ISRAEL! 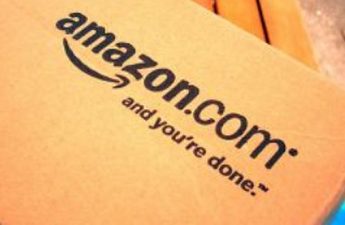 View all posts by Joseph Farah →