A stunning new report claims that China has been “secretly developing Trojan Horse-style missiles hidden in shipping containers” at a time when shipping and logistics is a key global focus.

The new allegations, raised in a report by The U.S. Sun, state that the missiles could be “unleased on enemy ports” and would be disguised amongst the country’s massive fleet of freighters and fishing vessels – which could then be “turned into warships” using the secret missiles.

The missiles could “blend in seamlessly” with hundreds of other containers on board ships, the report says. The shipping vessels are tougher to pinpoint than warships in the event of war, the report notes. 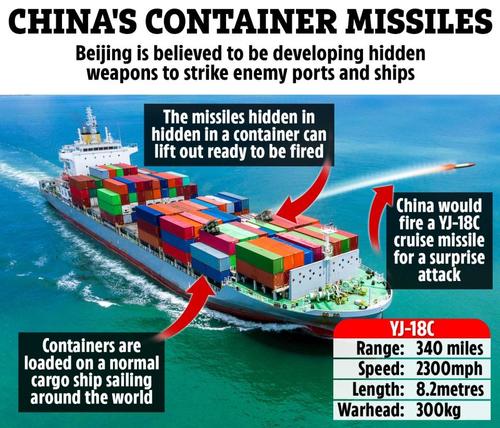 Rick Fisher, senior fellow in Asian military affairs at the International Assessment and Strategy Center, said of the potential Trojan Horse strategy that “it is likely” China has the missiles necessary.

Retired Navy Capt. Jim Fanell, a former Pacific Fleet intelligence chief, told the Sun that such ships could “add a significant threat” to the U.S. Navy.

The idea of such missiles made their way out into the public in 2016, during an arms fair. Since then, there has been speculation that they may be in service in China’s armed forces.

Fisher says that the type of weapon fits China’s military strategy and could be used after being smuggled into foreign ports all over the world. 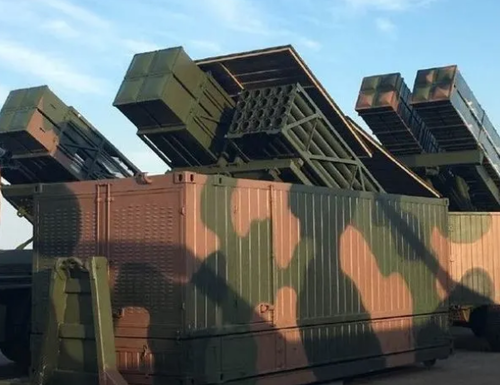 “Chinese strategic preferences for surprise would strongly argue for acquisition” of the missiles, he said. They could be placed on “nondescript small Chinese ships in order to mount surprise missile raids against shore defenses to assist follow on amphibious or airborne invasion forces,” he continued.

They would “offer China’s leadership a wide array of options,” he continued, including “using larger container ships, thousands of fishing ships or stored containers in ports, to undertake military or terror mission strikes in a manner that can be denied if desired”.

“The CCP (Chinese Communist Party) is fully capable of using containerized missiles to sow chaos when desired,” he added. 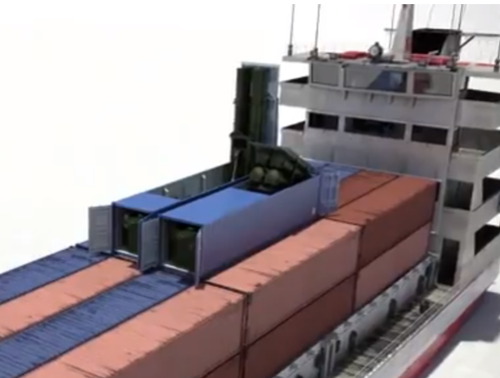 He also speculated about the potential use of an EMP in conjunction with such missiles.

He concluded: “The EMP blast might take out electronics on the [submarines] and all over the base without having to launch a nuclear missile from China. Washington would be in chaos, would not know against whom to retaliate, and perhaps China uses American distraction to begin its real objective, the military conquest of Taiwan.”