These Are The World’s Highest-Grossing Companies

Walmart is the top-selling company in the world, turning over around $573 billion in annual revenue.

This is according to the Statista company database Company DB. The company in second place, e-commerce giant Amazon, is a whopping $100 billion behind that with a revenue of around $470 billion. 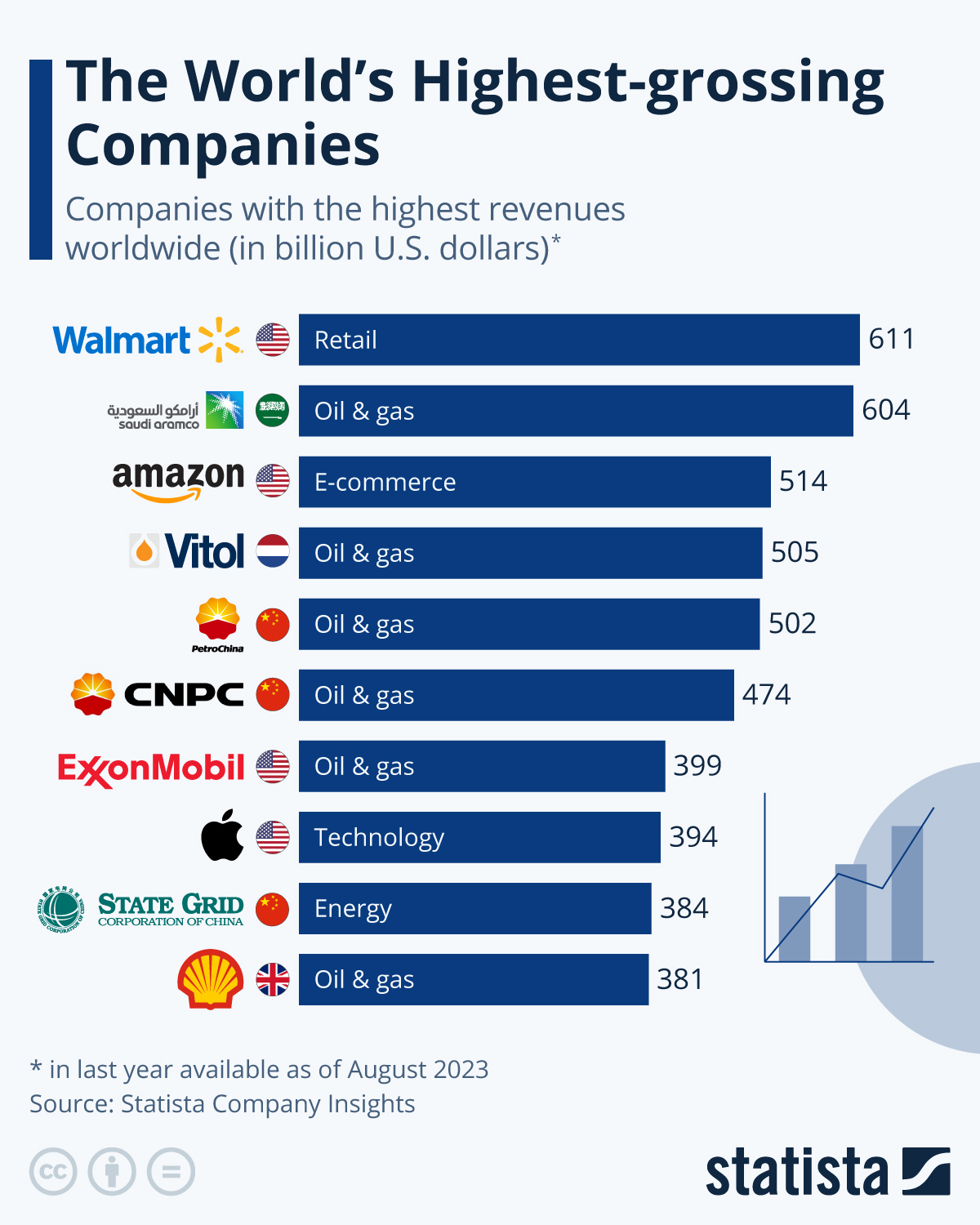 Two Chinese companies are also included in the list.

The State Grid Cooperation of China, which is in the business of electricity generation, transmission and distribution, and China Petroleum, a state-owned oil and gas enterprise.

Apple and Volkswagen are the only two consumer goods companies that appear on the list. A third retailer – and a second one from the traditional brick-and-mortar field – appears in rank six: U.S. drug store chain CVS.

This means that Amazon remains the only seller dedicated exclusively to e-commerce on the list for now.