Some of the largest US wildfires spread across the northeastern region of New Mexico, an area that is in dire straits as hundreds of thousands of acres have been scorched.

The National Interagency Fire Center (NIFC) has identified six wildfires burning across the state. The fires have consumed more than 280k acres as of Monday morning. Out of the six, here are the three major ones: 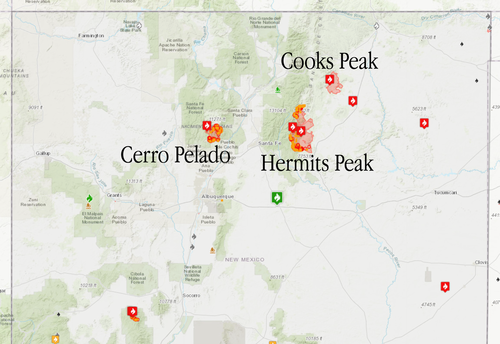 AP says firefighters in New Mexico’s Rocky Mountain foothills struggle to combat the largest wildfire, the Hermits Peak fire, as more than 300 building structures have been burned northwest of Las Vegas, New Mexico. The fire is not contained and rapidly spreading, which forced local officials to place evacuation orders for thousands of people on the outskirts of Las Vegas.

As forecasted, extreme dryness and high winds exacerbated fires in NM but also it triggered several dust sources in all states in the area last evening. pic.twitter.com/SDxrJs4478

“This is an unprecedented wind event.”@Max_Gorden spoke to Incident Commander Dave Bales about the #HermitsPeakFire #CalfCanyonFire. Bales says the days-long Red Flag Warning is “really unheard of.” pic.twitter.com/CHKbfWAh4l

The third-largest fire, the Cerro Pelado fire, is burning near the federal government’s top nuclear research facility. Los Alamos National Laboratory officials are preparing for possible evacuations. The fire is about 3 miles from the lab.

“If you don’t have to be at work, it’s time to prepare to telework,” lab director Thom Mason told employees.

“Conditions can change quickly, it has been very dry, very windy, and we have to be respectful of that risk and ready for what comes next,” Mason said.

Wildfires across the US West have been well above average this year as an unforgiving megadrought has transformed half of the country into a dust bowl. 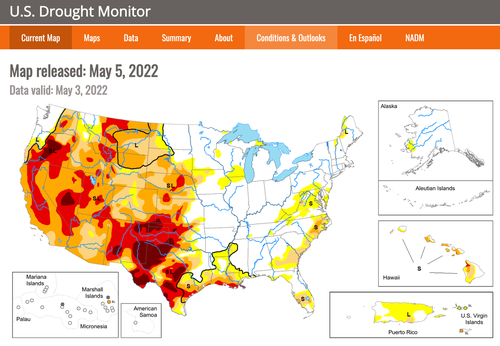 NIFC said 12 uncontained large fires had burned 322,309 acres in four states (New Mexico, Texas, Arizona, and Colorado). So far this year, 23,366 wildfires have burned 1,269,758 acres, across the US, well above a 10-year average for wildfires. Here’s the summer fire outlook for the US. 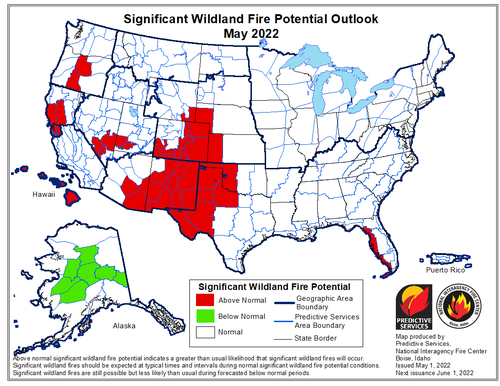 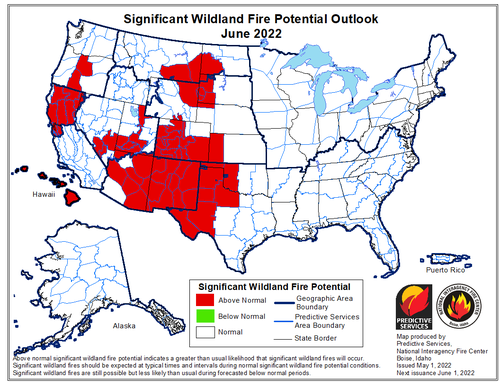 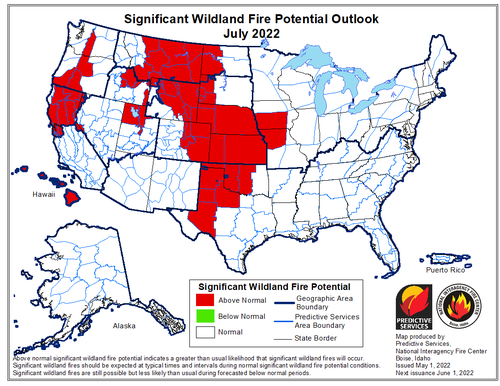 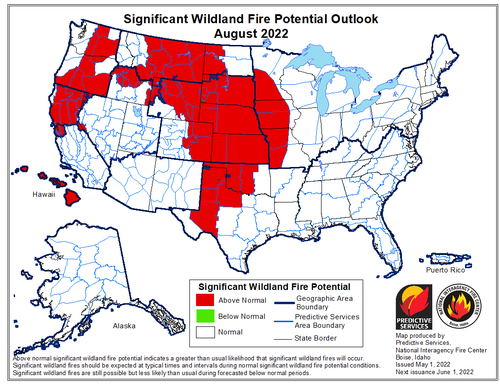 Early spring fires could be an appetizer of what’s to come this summer, as much of the West is in a severe drought.