The largest sponsor of the Tokyo Olympics, Toyota, is bailing on the event entirely as the games themselves have attracted widespread scrutiny across Japan, according to The Daily Yomiuri, citing a senior company executive which was confirmed by Reuters. 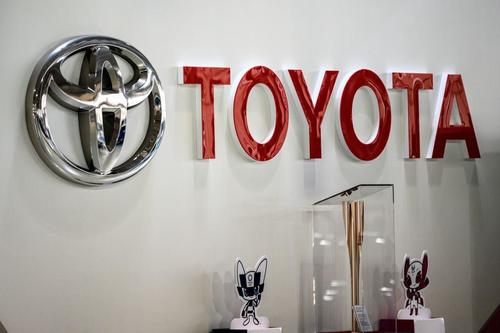 “We will not be airing any commercials related to the Games in Japan,” said Toyota CEO, Akio Toyoda, adding that he would not be attending the opening ceremony, and confirming that its advertising campaign in Japan had been withdrawn.

Toyota isn’t the first sponsor to pull the cord, but they are the largest. Earlier this month we noted that many Olympic sponsors – who had hoped to cash in on their sponsorship by hawking food, drinks and goods to spectators at the live events – have pulled out of the event.

More than a dozen companies, including Canon, Tokio Marine and Nicido Fire Insurance and Ajinomoto, bailed on the event in a decision which “highlights the delicate situation for sponsors who have tied themselves to a Games now hit by the COVID-19 pandemic and public opposition.”

In total, more than 60 corporate sponsors paid a record of over $3 billion for sponsorship rights, with another $200 million spend to extend their contracts after the games.

As Newsweek notes, “In a recent poll carried out by an Asahi newspaper, 68 percent of people said they had some doubts about Olympics organizers being able to control COVID-19 infection, with another 55 percent being completely opposed to the games going ahead at all. The poll also found three-quarters of the 1,444 respondents agreed that banning spectators from events was the correct decision.”

The sponsorship bloodbath comes after the Tokyo Olympics – which starts Friday – has just reported yet another  high-profile COVID case among athletes. This time, an unnamed alternate for the US women’s gymnastics team has tested positive for the coronavirus. It’s not clear what, if anything, that means for the rest of the team, including superstar Simone Biles. USA Gymnastics says they are continuing to prepare for the Games.

Meanwhile, two South Africa football players have contracted the virus, while six athletes and two staff members from Great Britain’s team are self-isolating after having coming into close contact with a person who tested positive after arriving in the country. In total, organizers have found 58 positive cases among athletes, officials and journalists since July 2, per Reuters.