Senior Biden administration officials in charge of investigating the origins of the pandemic now believe the accidental lab-leak theory is at least as credible as the possibility that it emerged in the wild, in what CNN describes as a “dramatic shift from a year ago, when Democrats publicly downplayed the so-called lab leak theory.” 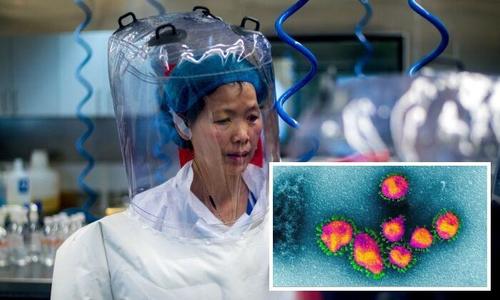 And while the US intelligence community is reportedly ‘firmly divided’ over both theories, the acknowledgement serves as the latest vindication for those who floated the possibility of a lab-leak last year – including former President Trump, who was sharply criticized by Democrats after bringing the lab-leak theory up last year.

And while CNN may have been forced to change their tune, their anonymous source claims that current intelligence “reinforces the belief that the virus most likely originated naturally, from animal-human contact and was not deliberately engineered,” but doe snot preclude the possibility “that the virus was the result of an accidental leak from the Wuhan Institute of Virology, where coronavirus research was being conducted on bats.”

On Thursday, World Health Organization director general Tedros Adhanom Ghebreyesus backpedaled, admitting that the organization had been premature to dismiss the possibility (peddle Chinese propaganda) that the virus emerged from the Wuhan Institute of Virology, and urged China to provide “direct information on what the situation of these labs was before and at the start of the pandemic.” His comments are a complete 180 from February, after a WHO mission to China concluded that a lab-leak was “extremely unlikely.”

“I was a lab technician myself, I’m an immunologist, and I have worked in the lab, and lab accidents happen,” said Tedros, adding “It’s common.”

In response, China’s foreign ministry said in a statement that “since the beginning of the epidemic, China has taken a scientific, professional, serious and responsible attitude in tracing the origins of the virus.”

President Biden ordered intelligence officials to conduct a 90-day probe into the origins of the pandemic, after a former official told the New York Times there was a ‘raft’ of unexamined evidence which would require further investigation.

In April 2020, US State Department cables showed that US diplomats were worried about a lab leak at China’s premier virus research lab in Wuhan. Among other things, the cables showed that US scientists were sent on multiple visits to the Chinese lab. The cable also say that the scientists were worried that any leaks from the lab could result in a new SARS-like pandemic.

China has long rejected the notion that there could have been a lab leak, maintaining that since the virus was first detected in Wuhan in 2019, it was quickly passed from bats to humans via another species. –NY Post

The shift in sentiment among the Biden administration comes after National Security Adviser Jake Sullivan told Fox News last month that China would face “isolation in the international community” if it doesn’t cooperate with pandemic probes moving forward. “If it turns out that China refuses to live up to its international obligations, we will have to consider our responses at that point,” Sullivan told CNN later that day.

We’re not so sure China’s going to play ball…

Are you paying attention yet? pic.twitter.com/MB4pqLfwZx