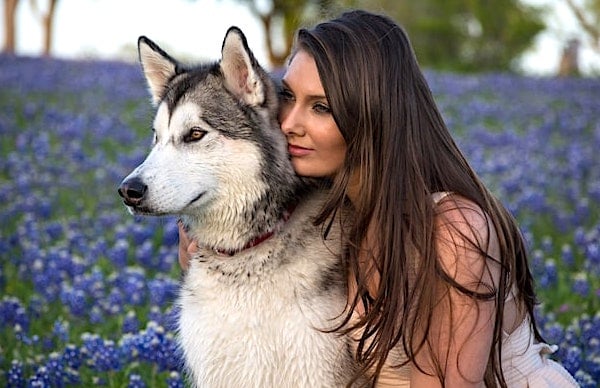 (Photo by Michael Hardy on Unsplash)

The notorious slogan popularized by animal-rights trailblazer Ingrid Newkirk, founder of PETA, People for the Ethical Treatment of Animals, symbolized a new frontier in left-wing activism: a frontal assault on the Western, biblical presumption that God created man above the animals, to have dominion over them and the whole earth:

“Then God said, ‘Let Us make man in Our image, according to Our likeness; and let them rule over the fish of the sea and over the birds of the sky and over the cattle and over all the earth, and over every creeping thing that creeps on the earth.'” (Genesis 1:26)

But perhaps Newkirk, now 73, is getting the last laugh as “mainstream” science is echoing her radical ideology, maybe even going beyond it, minus PETA’s polemical hard edge. (A photo of Newkirk on her personal website show her at a protest next to a placard that reads, “No Speciesism. No Transphobia. No Xenophobia. End All Oppression. PETA.”)

The increasingly “woke” British journal the Lancet has launched a new campaign rooted in the same animal-human-(plant?) egalitarianism that spawned the “animal rights” movement more than four decades ago. It admits its new approach, which it calls “One Health,” is “revolutionary” as it takes dead aim at the foundational Judeo-Christian understanding of a human-centered world.

“Modern attitudes to human health take a purely anthropocentric view — that the human being is the centre of medical attention and concern. One Health places us in an interconnected and interdependent relationship with non-human animals and the environment,” states the Jan. 21 Lancet editorial entitled, “A call for ecological equity.”

“The consequences of this thinking entail a subtle but quite revolutionary shift of perspective: all life is equal, and of equal concern.”

Is the once-revered Lancet now worthless as a medical publication? 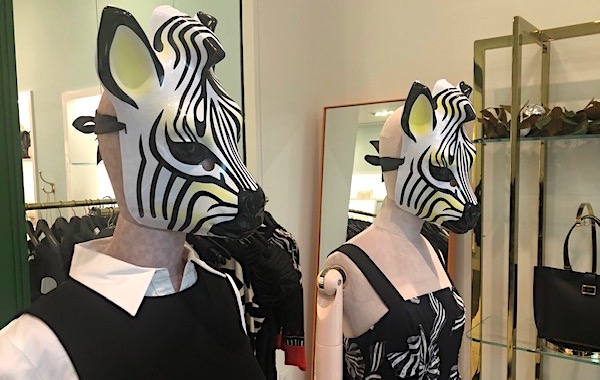 Revolutionary, indeed. All life? Are cattlemen and chicken-farmers mass-murderers? Should meat industry leaders be tried by international “species rights” tribunals?  Leaving aside the supposed “rights” of animals, is it immoral for humans to mow their lawns? Is it injurious to “ecological equity” to kill spiders in our homes? Such questions may seem preposterous and have nothing to do with medicine, but they could be addressed in future issues of the Lancet, because if modern history tells us anything, it is that yesteryear’s “extreme ideologies” becomes today’s “mainstream” sentiment.

The Lancet editorial states that although its four-part series is intended to focus on pandemic preparedness following the worldwide COVID crisis, “One Health goes way beyond emerging infections and novel pathogens; it is the foundation for understanding and addressing the most existential threats to societies including antimicrobial resistance, food and nutrition insecurity, and climate change.” 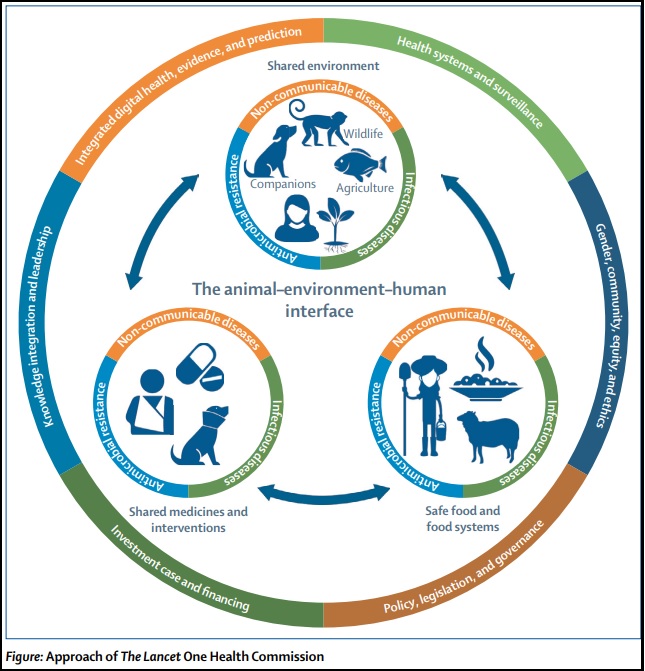 Graphic in 2020 Lancet article about its “One Health Commission” diagrams what it calls the ‘animal-environment-human interface.’

The editorial concludes, “The reality is that One Health will be delivered in countries, not by concordats between multilateral organisations, but by taking a fundamentally different approach to the natural world, one in which we are as concerned about the welfare of non-human animals and the environment as we are about humans. In its truest sense, One Health is a call for ecological, not merely health, equity.”

“By their own words, those in charge at the Lancet seem to have given up their publication’s mission of promoting the health and welfare of the human race, which is the prime role for medicine and public health. If that is indeed the case, then why are they still in business?” commented “LuciusAnnaeusSeneca.”

“I’ve accepted the fact that there is a very terminal case of stupidity running through the human race. My biggest concern now is its level of contagion,” wrote “Cletus Servetus.”

The publication’s evolution towards what might be called “species neutrality” in the name of science has apparently been going on for several years, as the journal’s website is peppered with tendentious jargon that essentially demotes humans from their dominant position on the earth.

For example, a 2020 Lancet paper entitled, “Reconnecting for our future: The Lancet One Health Commission,” uses the phrase: “The apparent dominance of the human species comes with a huge responsibility,” as if humans’ control of the earth (from a worldly, not spiritual perspective) is somehow in question.