Total Number Of Americans On The Dole Plunges By 1.2 Million As States Cut Off Emergency Aid

This was not supposed to happen.

Initial jobless claims jumped significantly last week as 419,000 Americans filed for jobless benefits for the first time (well above the prior week’s 368k and expectations of a 350k print)… 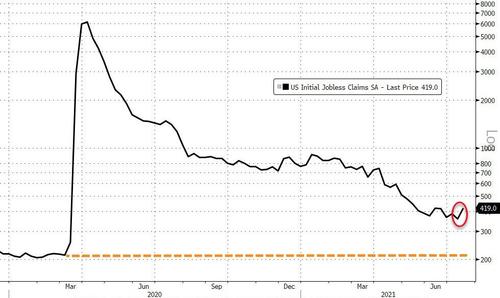 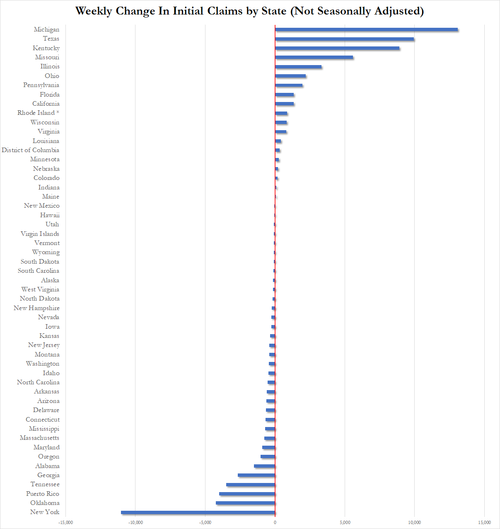 ‘Traditional’ continuing claims were basically unchanged over the prior week’s revision.

There is some good news though, the total number of claims plunged by over 1.2 million last week (driven by a plunge in pandemic specific aid as states began shutting off the handouts)…

But, we note that overall, there remains over 12.5 million Americans on some form of government dole… 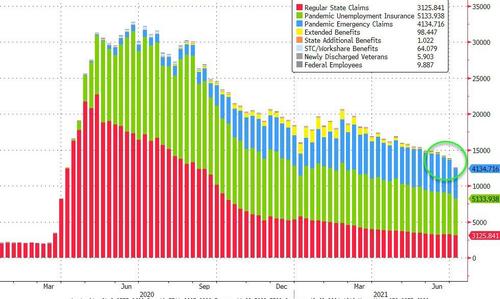 For context, that compares to the less than 2 million pre-pandemic-lockdowns.