In continuing with the total farce this year’s Olympics has become thanks to Tokyo’s overzealous response to Covid, the International Olympic Committee has given the “all clear” for a transgender biological male to compete on behalf of New Zealand in the women’s weightlifting super-heavyweight category.

IOC head Thomas Bach commented: “The rules for qualification have been established by the International Weightlifting Federation before the qualifications started. These rules apply, and you cannot change rules during ongoing competitions.” 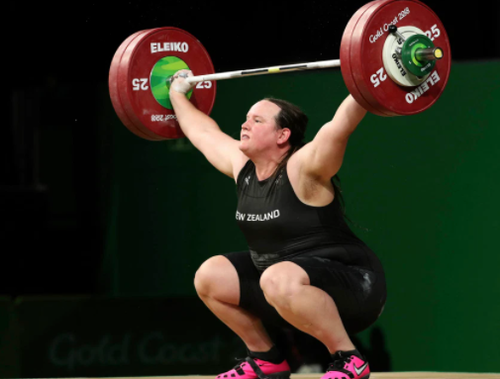 Bach also noted the rules were “currently under evaluation” and would be reviewed “at a later date”, the Post wrote.

He continued: “The IOC is in an inquiry phase with all different stakeholders… to review these rules and finally to come up with some guidelines, which cannot be rules because this is a question where there is no one-size-fits-all solution. It differs from sport to sport.”

The idea of transgender women in sports remains a point of contention in the U.S., with states like Florida and Montana looking to bar then from middle school and high school sports. Skeptics argue that “women” who go through bone and muscle development as biological men have (obviously) unfair advantages.

Meanwhile, we’ve spotted the other women competing against Hubbard…