A former high school student’s victory against a Virginia school board was solidified on Monday after the US Supreme Court declined to hear an appeal in the long-running battle over bathroom access. 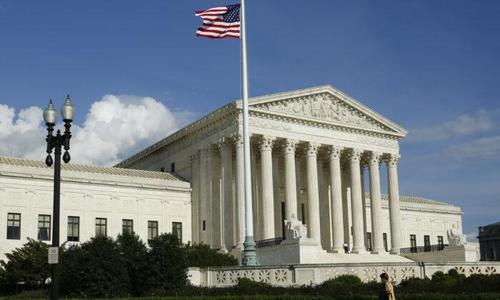 The decision came in an unsigned order, though conservative justices Clarence Thomas and Samuel Alito indicated they would have taken up the appeal. 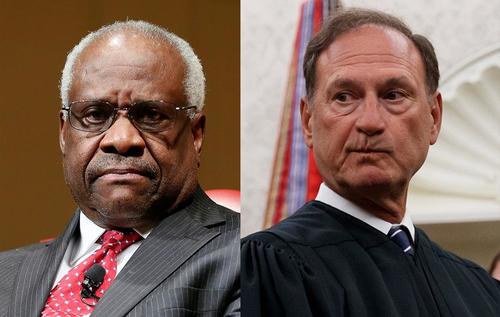 As is its custom, the court did not say why it was rejecting the appeal of the Gloucester County school district. Justices Clarence Thomas and Samuel A. Alito Jr. said they would have accepted the case. The court’s decision not to take up the case does not establish a national precedent.

In a 2-to-1 decision last August, the U.S. Court of Appeals for the 4th Circuit said the school board had practiced sex-based discrimination and violated the 14th Amendment by prohibiting Grimm, a transgender student, from using the bathroom that aligned with his gender identity. His high school offered a single-stall restroom as an alternative. –Washington Post

The 4th Circuit found that the Gloucester County school board’s policy requiring plaintiff Gavin Grimm to use restrooms that correspond with biological sex – female in this case – or use private bathrooms, is unconstitutional.

“At the heart of this appeal is whether equal protection and Title IX can protect transgender students from school bathroom policies that prohibit them from affirming their gender,” wrote Judge Henry F. Floyd in the lower court’s majority opinion, and was joined by Judge James A. Wynn. “We join a growing consensus of courts in holding that the answer is resoundingly yes.”

In the majority opinion in Bostock v. Clayton County, Justice Neil M. Gorsuch said it did not confront long-debated bathroom policies. But the reasoning in the decision has been applied by lower courts affirming transgender students’ access to restrooms that match their gender identity. -WaPo

According to Grimm’s lawyer, Joshua Black of the ACLU, the decision is “an incredible victory for Gavin and transgender students around the country.”

I was barred from the bathroom at my highschool 7 years ago, when I was 15. 6 years ago, at 16, myself with the @ACLU/@ACLUVA filed suit in response to that discrimination. Twice since I have enjoyed victories in court, and now it’s over. We won.