The latest from the National Hurricane Center (NHC) is that Tropical Storm Claudette is “inland over southeastern Lousiana. Heavy rains and tropical-storm-force winds continue along portions of the northern Gulf coast.” 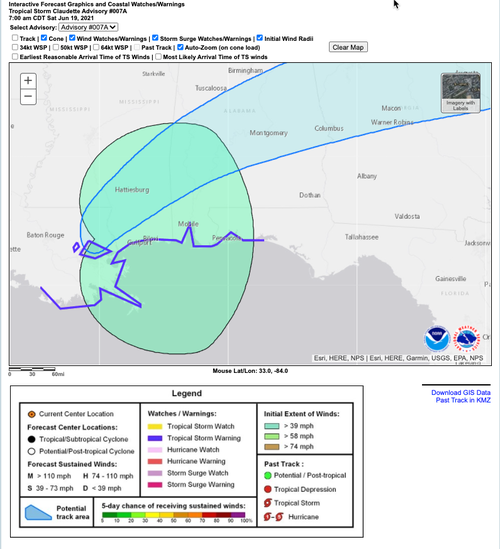 CNN meteorologist Robert Shackelford said parts of Louisiana have been “bombarded” with more than 9 inches of rain since Friday night. 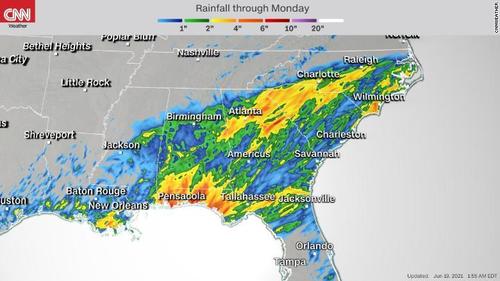 The storm’s structure is a bit disorganized, with torrential rain occurring east of its center. “Claudette is expected to produce heavy rainfall and life-threatening flash flooding across coastal Mississippi and Alabama and the far western Florida panhandle through the afternoon,” NHC said.

Claudette has had an impact on U.S. energy resources in the region. Several oil companies evacuated non-essential workers from platforms in the Gulf earlier last week.

Claudette will traverse the South East throughout the weekend and may re-enter the Atlantic on Monday afternoon, possibly making a second landfall in Canada’s Maritime Provinces by mid-week. 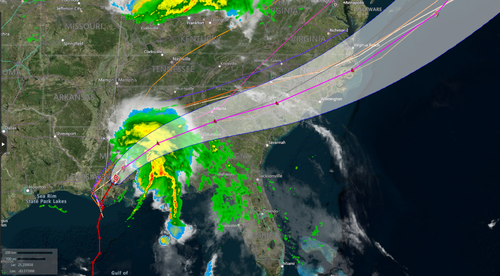 Just 19 days into the hurricane season, already a busy start.