Amid growing evidence that the once-mocked lab-leak theory of the origin of the novel coronavirus is correct, President Trump said Monday it appears that China has carried out the greatest attack on the world in history.

“Whether it’s on purpose or not, it’s the single greatest attack on the world – and not just us – on the world in history,” he told the Fox Business Network’s Stuart Varney.

Trump said China cannnot afford to pay the true cost of the damage to the world. The former president has suggest $10 trillion, but he knows that China cannot afford that.

“But they should pay something, because what they’ve done is unthinkable,” he said.

Trump said there are some who believe China deliberately released an engineered virus from its lab in Wuhan. He thinks it was the result of “gross incompetence.”

“Regardless, it was their fault,” he told Varney. “It came from China, it came from the lab. It’s the China virus.”

Trump noted that he said one year ago that there was evidence that the virus originated in the Wuhan lab and not a nearby meat market.

“The fake news media and Big Tech shut me down for saying that. But I said it then and I say it now, and I turned out to be right,” Trump said.

Last week, emails from Dr. Anthony Fauci released through Freedom of Information Act requests showed the White House coronavirus adviser was warned as early as January 2020 that the virus may have been “engineered.”

After a year of dismissing the lab-leak scenario as a conspiracy theory, he admitted at a Senate hearing last month he could not be certain that the Wuhan lab did not use a $600,000 grant from the National Institutes of Health for its gain-of-function research. The risky research manipulates a virus’ genome to make it more transmissible and lethal in an effort to get ahead of a possible outbreak.

On Sunday, former FDA Commissioner Scott Gottlieb told “Face the Nation” he was told that Fauci briefed world leaders in the spring of 2020 on the possibility that the novel coronavirus leaked from a lab.

“I think early on, when they looked at the strain, they had suspicions. And it takes time to do that analysis, and that dispelled some of those suspicions,” he said.

Dr. Steven Quay and Richard Muller argued the genome pairings, which boost the lethality of the virus, are commonly used in gain-of-function research.

They argued that proponents of the natural-origin “must explain why the novel coronavirus, when it mutated or recombined, happened to pick its least favorite combination, the double CGG.”

“Why did it replicate the choice the lab’s gain-of-function researchers would have made?”

In addition, they argued that the evidence “most compelling is the dramatic differences in the genetic diversity of CoV-2, compared with the coronaviruses responsible for SARS and MERS,” which were of natural origin.

SARS and MERS “evolved rapidly as they spread through the human population, until the most contagious forms dominated,” Quay and Muller wrote.

But COVID-19 was highly contagious when it was first detected.

““Such early optimization is unprecedented, and it suggests a long period of adaptation that predated its public spread,” they wrote.

“Science knows of only one way that could be achieved: simulated natural evolution, growing the virus on human cells until the optimum is achieved. That is precisely what is done in gain-of-function research.” 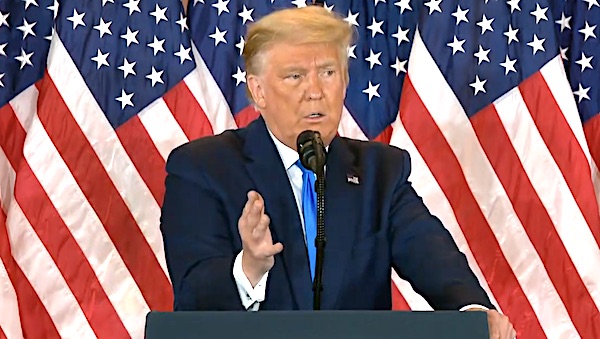