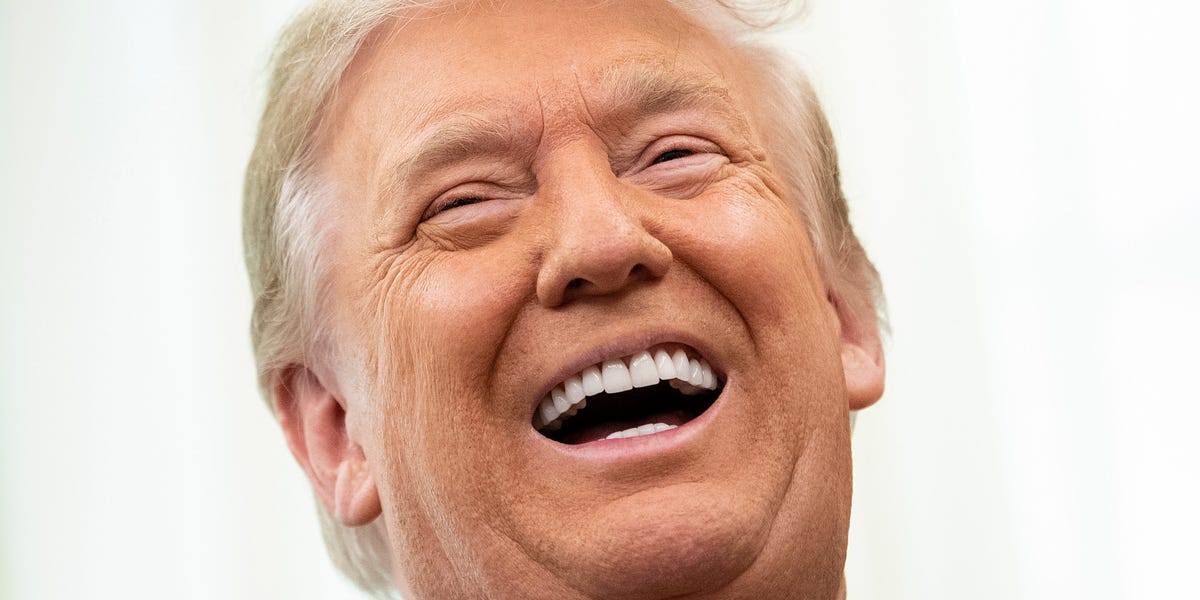 The outlet spoke to a source close to Trump, who said the former president had enjoyed watching the candidates — Eric Greitens and Eric Schmitt — rush to claim the endorsement.

Per Rolling Stone, the source said that Trump “thought it was a thing of beauty and too goddamn funny” to watch the situation unfold.

On Monday, Trump appeared to endorse Greitens and Schmitt in a post on Truth Social but left it ambiguous about which “Eric” he was supporting.

“I trust the Great People of Missouri, on this one, to make up their own minds, much as they did when they gave me landslide victories in the 2016 and 2020 Elections, and I am therefore proud to announce that ERIC has my Complete and Total Endorsement!” Trump wrote in his post.

Schmitt, the state’s attorney general, and Greitens, a former governor, scrambled to assert that Trump was referring to them.

Politico reported that Trump’s strange endorsement was due to him having run out of time after imposing a deadline for himself to decide between Greitens and Schmitt.

Per the outlet, an unnamed third party had floated the suggestion that Trump could leave the statement ambiguous and endorse “Eric” without specifying a last name.

According to Politico’s sources, Trump went for the double endorsement after checking that both first names were identical.

Decision Desk has called the race for Schmitt, who at press time had pulled away from Greitens with a clear 45.7% of the vote compared to the latter’s 19.22%.

Greitens’ defeat could represent a victory from factions of the GOP who did not want the MAGA-linked candidate to win his race.

Missouri Republicans, for one, ran attack ads against Greitens, who was accused of blackmail by a woman with whom he had an affair, and of domestic abuse by his ex-wife.

Trump’s endorsement record has come under scrutiny amid the GOP midterm primaries, particularly following the bombshell testimonies heard during the January 6 hearings about the former president’s conduct on the day of the Capitol riot.

High-profile GOP figures like former Vice President Mike Pence and Sen. Ted Cruz also appear to have broken away from the former president by throwing their weight behind opponents of Trump-backed candidates.

However, a Trump endorsement still appears to hold some sway among the ranks of the MAGA-faithful.

Former Trumpworld loyalist Mo Brooks, for one, unsuccessfully appealed for Trump’s re-endorsement Trump to re-endorse him. This was after Trump rescinded his backing of Brooks in March, saying the congressman “went woke” over the 2020 election.

In May, Trump claimed that his endorsement record was “unparalleled” and that Republican candidates should fear him and fall in line. However, Trump appears to have a habit of endorsing candidates who would win anyway, while his riskier picks like JD Vance and Dr. Mehmet Oz have enraged some of his supporters.