Twitter Suspends LibsofTikTok For Featuring Liberals Talking About Themselves?

Twitter has continued its ever-widening censorship of social media this week with the suspension of the popular site, The @LibsofTikTok. What is interesting about this latest move is that it lacks even the pretense of neutrality. The liberal group Media Matters had targeted the site due to its use by Fox News and conservatives to run embarrassing stories for the left.

So Twitter suspended a site that entirely features liberals talking about themselves. 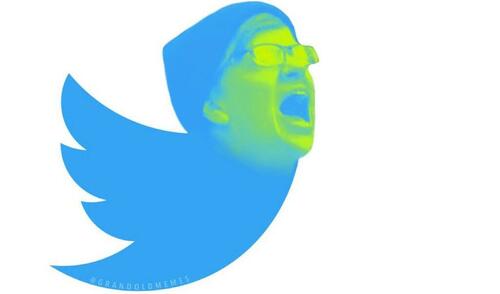 Twitter suspended the site for “hateful conduct.” It warned the site “You may not promote violence against, threaten, or harass other people on the basis of race, ethnicity, national origin, sexual orientation, gender, gender identity, religious affiliation, age, disability, or serious disease.”

However, the site highlights liberals speaking about themselves and their values in their own voices. There is no explanation, which is common for the company. It simply suspended the site and told it to reform itself.

Formed in November 2020, the “Libs of Tik Tok” account has more than 613,000 followers on Twitter and has become a major feeder for conservative new sites.

The success of the site drew the familiar crowd demanding the silencing of opposing voices or groups.

Notably, the liberal Media Matters stressed that the site had simply become too successful. Sophie Lawton described the replaying of postings liberal voices as “targeting teachers and schools with anti-LGBTQ smears.” She described that the site was going in influence as the basis for stories by Fox, Joe Rogan, Meghan McCain and others.  However, all she describes is the use of tapes of liberal subjects talking about themselves and objects that “the Libs of TikTok content has become ammunition for their arguments.”

That was apparently enough for Twitter, which defined reposting liberals to be a form of hateful conduct.

The action seems consistent with the chillingly anti-free speech agenda of Twitter CEO Parag Agrawal. In an interview with Technology Review editor-in-chief Gideon Lichfield, he was asked how Twitter would balance its efforts to combat misinformation with wanting to “protect free speech as a core value” and to respect the First Amendment.  Agrawal responded:

One of the changes today that we see is speech is easy on the internet. Most people can speak. Where our role is particularly emphasized is who can be heard. The scarce commodity today is attention. There’s a lot of content out there. A lot of tweets out there, not all of it gets attention, some subset of it gets attention.”

Twitter seems to have followed Agrawal’s lead. It not is just thinking less about free speech. It is not thinking of it at all.  Libs of TikTok was getting too much attention so it suspended it without further explanation.

Notably, there are many sites that watch and replay evangelical ministers and conservative figures for use on liberal sites.  That includes “Right Wing Watch” run by the liberal People for the American Way. It is all free speech. However, Twitter is now in the business of shaping viewpoints and values. It has, according to its CEO, simply moved beyond free speech.

Given such actions, it is understandable why Twitter employees are reportedly not just in a panic of Elon Musk buying the company (and reintroducing free speech principles) but even requiring emotional support to just “get through the week.”

That is the problem with free speech. Just when you think that you have moved beyond it, it just comes back. For corporate censors, it is a perfect nightmare.