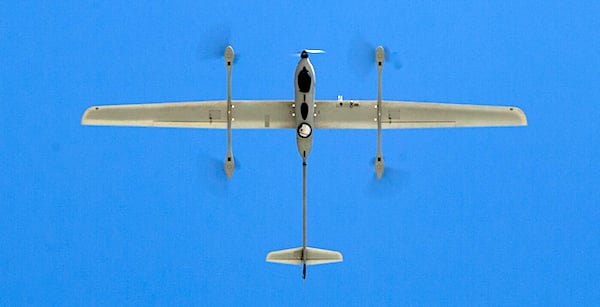 Of more than 200 technical components found in remains of shot-down Iranian drones, at least half could be traced to U.S. firms and a third to firms in Japan, the WSJ reported, citing Ukrainian military intelligence verified in a report by Ukraine’s Independent Anti-Corruption Commission (NAKO) and viewed by the outlet. Despite U.S. efforts to thwart Russia’s supply of Iranian drones, the Kremlin continues to employ the weapons in highly destructive attacks on civilian targets throughout Ukraine.

“The proliferation of weapons into Ukraine for use against Ukrainian people is a top priority for us, and we’re going to investigate any illegal export that might be connected with that effort,” a senior official from the U.S. Commerce Department, responsible for much of a sanctions regime of historic proportions targeting Iranian weapons exports, told the WSJ.

Ukrainian intelligence estimated that up to three quarters of the parts in Iran’s drones, primarily the Shahed-136 “suicide” drone and the Mohajer-6, were of U.S. origin, according to the WSJ.

U.S. officials involved in export controls either declined to comment or were not able to confirm the origin of drone parts, the WSJ reported. However, industry officials familiar with the matter told the WSJ the Commerce Department’s Bureau of Industry and Security had initiated a probe into Western-origin parts.

Ukrainian intelligence identified components that may have originated from Oregon-based Sierra-Olympic Technologies, but founder and CEO Chris Johnston told the WSJ the infrared cameras thought to be linked to the company did not precisely mirror those produced by Sierra-Olympic.

U.S. sanctions aim to cut off financing routes and global market access for technologies and components used to bolster its military.

Tehran “is ready to meet with Ukraine at the level of technical experts and investigate drone- or parts-ownership claims,” Iran’s Mission to the United Nations, its de facto embassy in the U.S., told the WSJ.

The National Security Council, Treasury Department, Russian Embassy, Iranian Mission to the United Nations and NAKO did not immediately respond to the Daily Caller News Foundation’s requests for comment.