Almost two years ago, before the world’s central banks coordinated to inject tens of trillions of liquidity into the financial system under the pretext of fighting a virus, we said that Masa Son’s Japanese bizarro conglomerate SoftBank will one day be the bubble era’s Short of the Century, and we still stand by this suggestion. And stories like this is why.

Late this afternoon, Uber stock took a 5% tumble and nobody knew why – there was no news that sparked the dump. 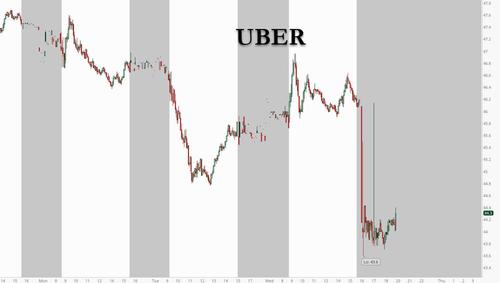 Only later did we learn what caused the sale: according to CNBC, SoftBank sold a third of its stake in Uber in a block sale to cover losses on its investment in Chinese ride-hailing company Didi, which earlier this week plunged as much as 50% from its recent IPO price of $14. Sources said that SoftBank was selling 45 million shares, which will have a 30-day lockup, at a price of $44.15 to $46.14 each, using Goldman as agent.

Uber stock tumbled as soon news of the block sale hit the tape.

Adding to the incest, the value of Uber’s own Didi stake declined $2 billion last week following the June debut of Didi’s American depositary shares on the NYSE as a result of China crackdown against the ridehailing giant which flounted Beijing’s demands to delay its IPO. Didi shares have fallen 37% from their $14.14 closing price on the stock’s first day of trading, June 30. Over the same period Uber shares are down about 8%.

At the same time, SoftBank has also lost about $4 billion on its Didi position in total; the losses have pressured SoftBank’s own shares which have also tumbled since the Didi IPO. As a reminder, the SoftBank Vision Fund owned 21.5% of Didi following its U.S. listing.

In keeping with its traditional style of cross-investing big in money losing “story” stocks which in some cases end up as a total bust – such as WeWork – SoftBank is also a major shareholder in Uber where it took a stake initially 2018. In 2019 SoftBank Vision Fund invested another $333 million in Uber and as recently as March 31 Uber referred to SoftBank as “a large stockholder.”

Many people called SoftBank’s Uber equity purchase a failed investment, especially after the stock plunged in the immediate aftermath of the covid pandemic, SoftBank CEO Masayoshi Son told analysts on a conference call in February, saying it was paying expensive money to a bad company.

“However,” he said, “as a matter of fact, as you can see that we have already made something close to ¥500 billion gain from Uber.”

We wonder what he will say about his investment in Didi should Beijing’s crackdown on China’s tech giants accelerate. And worse, what happens if and when Beijing goes after more SoftBank portfolio companies: as the image below shows, there’s plenty of those. 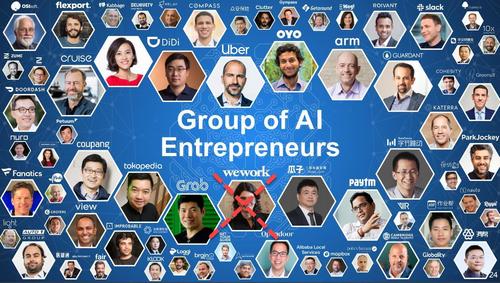 Which goes back to our original thesis: SoftBank has enjoyed every moment of the massive central bank asset hyperinflation ploy over the past decade, but it’s slowly coming to an end, first in China and then, everywhere else. So as the world prepares for the upcoming downturn, we raise our original question: is a short position in SoftBank the best way to hedge the coming unicorn decimation in which companies worth billions are suddenly found to be worth, well, nothing?