Authored by Owen Evans via The Epoch Times,

One of the most experienced police chiefs in the UK has said that police are “wasting time” investigating when people are offended, days after officers arrested a former veteran at his home for posting a meme on Facebook. 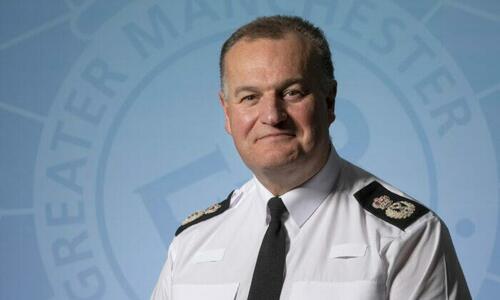 Stephen Watson of Greater Manchester Police (GMP) told The Times of London on Monday that officers have ended up being involved in “stuff which is just not a policing matter,” that is undermining confidence in the forces.

Former Detective Chief Inspector at New Scotland Yard Mick Neville told The Epoch Times that “the facts are sometimes people are rude and nasty, but that isn’t the crime.”

Watson, who is the boss of one of Britain’s biggest police forces, said that recording non-crime hate incidents (NCHIs) has been a “waste of time.” On July 26, he wrote that his back-to-basics approach, putting bobbies on the beat, was making GMP the “most improved force in the country.”

NCHIs include things like offensive or insulting comments online, in person, or in writing. They have been used by British police if officers are unsure whether a reported incident amounts to a crime.

On July 28, police were told in new guidance that NCHIs should not be recorded where they are trivial and irrational. 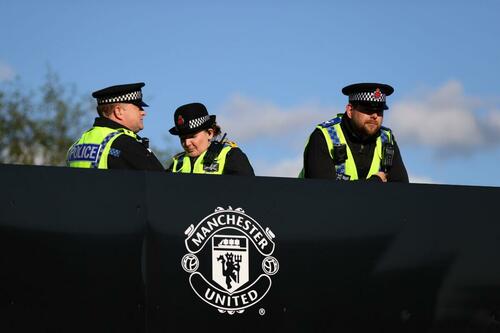 Police are seen outside the stadium ahead of the FA Youth Cup Final match between Manchester United and Nottingham Forest at Old Trafford in Manchester, England, on May 11, 2022. (Naomi Baker/Getty Images)

“In certain circumstances, there are actually first-class examples of where we’ve just completely got this wrong,” Watson told The Times of London.

“We’ve got ourselves involved in stuff which is just not a policing matter, we’ve wasted our time as a result, and we’ve caused people to question whether, frankly, we know what we’re doing,” he said.

Watson’s comments come after Hampshire Police were filmed by the actor and political activist Laurence Fox and former policeman Harry Miller last week arresting a former soldier at his home for posting a meme on Facebook.

Hampshire Police Commissioner Donna Jones subsequently criticised her own force over the arrest, saying that she was “concerned about both the proportionality and necessity of the police’s response to this incident.”

Watson said there were still times when recording hate incidents could help, and referred to the Fiona Pilkington case.

Pilkington killed herself and her disabled daughter Francesca on Oct. 23, 2007, following a sustained campaign of harassment and bullying from youths. A report found that police had interacted with the family on 33 occasions.

“There are shades of grey in the space where we do need to know what is happening so that we can combat a potentially grave outcome,” Watson said.

“I do think that the balance has got somewhere out of kilter, however, and I think we’ve become too assiduous at interpreting some of the rules to mean that if anybody at any time for whatever reason is offended, there somehow needs to be a police record,” added Watson.

On Twitter, family law barrister Sarah Phillimore, who is part of Miller and Fox’s Bad Law Project, set up to deal with what they call “a culture of coercion and control that is fast replacing our legal system,” was critical of Watson bringing up Pilkington.

“For the police to rely on Fiona Pilkington as an excuse for why they now record ‘Non-Crime’ on the basis of someone’s perception about ‘hate’ is a gross insult to all victims of police inaction,” she wrote.

Former Detective Chief Inspector at New Scotland Yard Neville told The Epoch Times that Watson’s words were refreshing and that he was hopeful that officers like him and senior professional police adviser Andy Cook can “turn it around,” but that the Home Office should intervene.

Cooke, who took the senior professional police adviser role last month, told The Times of London in May, “We’re not the thought police, we follow legislation and we follow the law, simple as that,” referencing the term coined by George Orwell in his dystopian novel “Nineteen Eighty-Four.”

But Neville pointed to an article in The Sun newspaper which found that 7 out of 10 cops in the Met failed to make a single arrest in a whole year.

“And so what you have is this ridiculous situation where people’s cars get stolen, or their van or their bike, and they’re just ‘minor issues.’ But it’s not a minor issue when it’s full of your tools, or that’s the way you get to school or get to college or get your work done,” said Neville.

Neville said that these are important issues to people, but police are finding themselves focused on what is “politically correct.”

“We live in a world of free speech. And it’s just become that these people who claim they’re tolerant are the most intolerant people of all. They are completely intolerant to any other views, and the most frightening thing is that the police are on their side,” he added.

The Epoch Times has contacted Greater Manchester Police for comment.