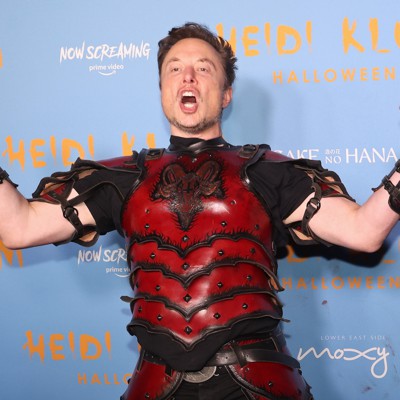 HALIFAX, Canada—Starlink’s satellite-based internet hotspots have been the “signal of life” for beleaguered Ukrainians, but the unpredictable behavior of CEO Elon Musk has the Ukrainian government looking for alternatives, a deputy prime minister said.

Stefanishyna said the Ukrainian government had begun procuring “some elements of equipment”—mostly European, but she also said she was working with American partners. These Starlink alternatives are “not as sophisticated” but are “something that would allow us to substitute and to make sure that at least at the level of the government communications and government connection, we preserve the sustainability.”

Still, she said, “Starlink has been the signal of life for Ukraine.”

Indeed, the service has been praised by Ukrainian battlefield commanders, U.S. service personnel who work with them from beyond Ukraine’s borders, and U.S. information technology contractors in Ukraine. And it has enabled Ukrainian citizens to remain in contact with the outside world.

But Stefanishyna said working with a billionaire who seems to reverse his decisions daily, even hourly, presents some challenges.

“We’re talking about the CEO or a private company. So it’s not [government-to-government, or G-to-G] format or [government-to-business, or G-to-B]. It’s G-to-B but B is uncertain.”

In October, Pentagon officials also said they would look for Starlink alternatives after Musk declared that he would no longer subsidize Ukrainians’ use of his service. (The “operation has cost SpaceX $80 million and will exceed $100 million by the end of the year,” he tweeted.) Musk later reversed this and he would continue to fund Starlink service in Ukraine. Other entities are also kicking in money to keep the bits flowing.

Adding to that feeling of uncertainty is Musk’s chaotic Twitter presence.

“We are worrying that the Twitter will become a major source of manipulation because now we’ll see that that it has been used by Elon Musk just to test the manipulation limit,” she said, a reference to an October 3 tweet in which Musk blithely suggested that Crimea be handed over to Russia and new elections take place in annexed regions, despite the illegal forcible transfer of millions of Ukrainians into Russia precisely to change the political reality on the ground in these regions and international recognition that Crimea is part of Ukraine. Observers on Twitter pointed out that Musk’s statement was wildly uninformed and repeated Kremlin talking points.

Compare the Musk of Oct. 3 with the Musk of February, who surprised many around the world when he announced that he would send Starlink terminals to Ukraine. Even the form of announcement, a tweet in response to another tweet from Ukraine’s deputy minister of digital information Mykhailo Fedorov, looked spontaneous. But according to Stefanishyna, it was Ukrainian Starlink employees who first approached the government, encouraging them to make the request.

“They promoted this idea. They reached us,” she said.