For the first time since the first election of the Northern Ireland Assembly in 1998, the Irish nationalist party Sinn Féin has won more seats than any other party after the vote held on May 5.

Sinn Féin aims to reunify Northern Ireland with the Republic of Ireland and is now close to installing party vice-president Michelle O’Neill as first minister.

As Statista’s Martin Armstrong shows in the infographic below, Sinn Féin were just the fourth most-popular party in 1998, taking 18 seats compared to the winning Ulster Unionist Party’s 28. Having established itself as the second largest party in the years since, 2022 represents the first time it has gained control of the most seats, and the first time a nationalist party has won since Northern Ireland was founded in 1921. 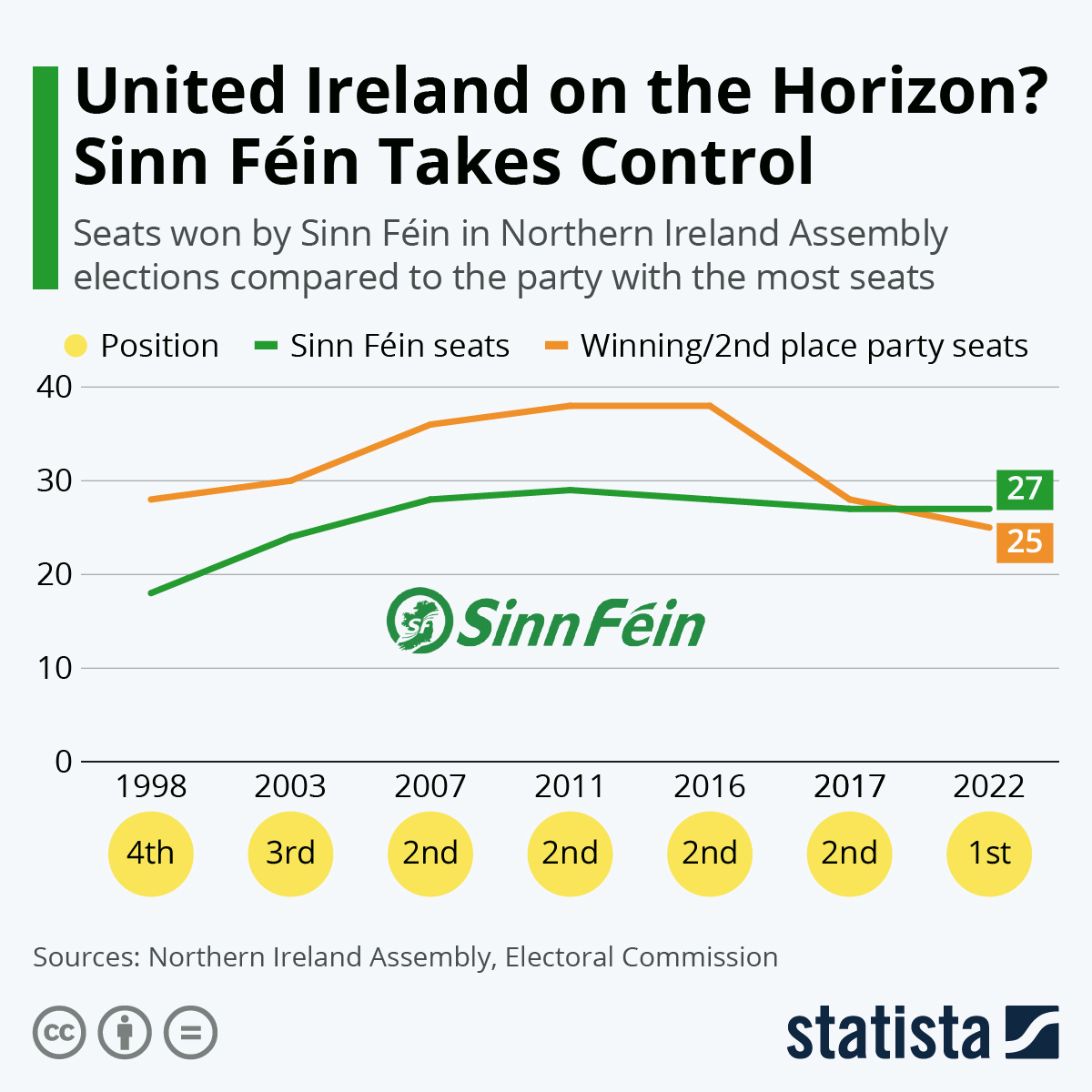 So does this mean we are now a significant step closer to a united Ireland?

O’Neill avoided focusing on this issue during campaigning, instead choosing to prioritize the cost of living crisis. Before we see what her focus is while in office though, the parties have to form an Executive – something which the opposition unionist party the DUP has indicated it may not do with a nationalist first minister such as O’Neill. If no government is formed within six months, new elections will have to take place.

What this election does signify however, is a shift towards nationalist politics in Northern Ireland.