POLICE revealed in a press conference on Wednesday that other people were home at the time of the attack that left four University of Idaho students dead over the weekend.

The Moscow Police Department, along with UI president Scott Green spoke to reporters about the murder, revealing that the killer is “still out there.”

MPD Police Chief James Fry said that there were at least two people were home when Ethan Chapin, 20, Madison Mogen, 21, Xana Kernodle, 20, and Kaylee Goncalves were stabbed to death.

“There was no sign of forced entry into the residence,” said Fry. “Investigators are continuing to investigate evidence at the scene.”

Reporters at the presser pushed for more answers on what the roommates told cops after the attack, however, officials refused to comment at this point.

Fry would also not disclose who made the 911 call either. 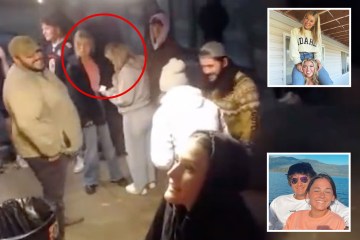 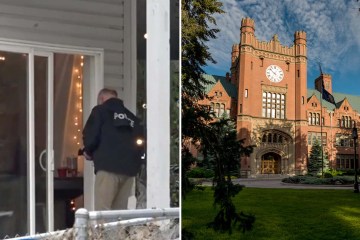 Autopsies are also taking place on all the victims.

“Based on details at the scene, we believe this to be an isolated, targeted attack on our victims.

“We do not have a suspect at this time and that individual is still out there.

“We cannot say there is no threat to the community and as we have stated, please stay vigilant, report any suspicious activity and be aware of your surroundings at all times.”

This comes after the police department released a statement after the community expressed frustration about the limited amount of information from law enforcement.

“We hear you, and we understand your fears,” read the statement. “We want you to know that we, like you, have been devastated and distressed by these young lives that were cut short needlessly.”

Police discovered the four students dead inside a home near the university’s campus at around noon on Sunday after responding to a report of an unconscious person.

The actual time that the murders took place is unclear at this time, but Moscow Mayor Art Bettge said the students likely died between 3 and 4am.

Police have yet to confirm this timeline.