US Air Force Official: China Might ‘Strike From Space’

Authored by Jason Ditz via AntiWar.com,

As Air Force Secretary Frank Kendall has said before, his priorities are “China, China, and China.” His keynote address at the Air Force Association Air, Space & Cyber Conference continued that trend, talking up the possibility of space warfare against China.

Kendall warned China has the potential to “actually put weapons in space,” and likening the situation to the Cold War. He further warned China might be able to make attacks effectively undetectable for early warning systems. 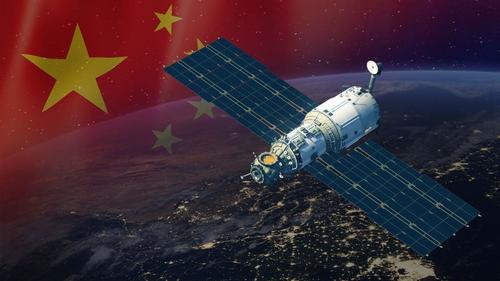 This is almost a perfect, tailor-made talking point for the US military, as it facilitates potentially endless spending on space warfare simply to counter what China might do. This was the whole justification for the US Space Force, and its appetite for wildly expensive weapons systems of dubious use, in the first place.

“​​There is a potential for weapons to be launched into space, then go through this old concept from the Cold War called the Fractional Orbital Bombardment System,” Kendall warned the conference, “which is a system that basically goes into orbit and then de-orbits to a target.”

Space Operations Chief Gen. John Raymond has been talking up the growing capabilities of China to deny America access to space, vowing “we can’t let that happen,” and saying the US must be prepared for this fight.

It’s not clear why the US military is so convinced China wants to either fight America in space or try to deny them access to space. Either way, the officials agree that the answer is expensive preparedness and amassing weapons for the presumptive battle.

“We are being more effectively challenged militarily than at any other time in our history.”@USAirForce Secretary Frank Kendall warned about #China’s increasing military threats, including those from space. https://t.co/UWIZvnNNel

As with the Cold War, this could go on more or less forever, or until one side just runs out of money.