Hot on the heels of last week’s ‘Employment Cost Index’ which Fed Chair Powell commented on (as worrisome), US Unit Labor Costs surged 11.6% in Q1… 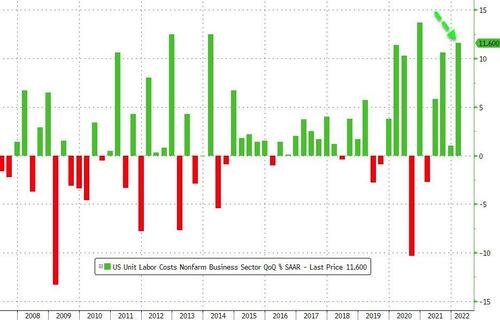 And at the same time, business output declined by 2.30% QoQ SAAR 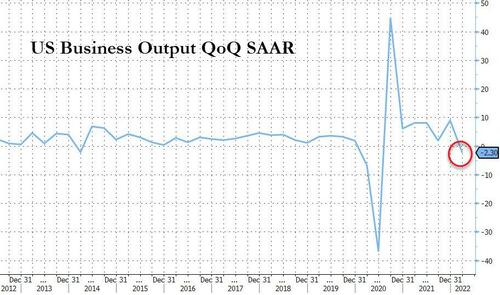 Both of which combine to drive US Productivity crashing 7.5% in Q1 – that is the biggest drop since 1947 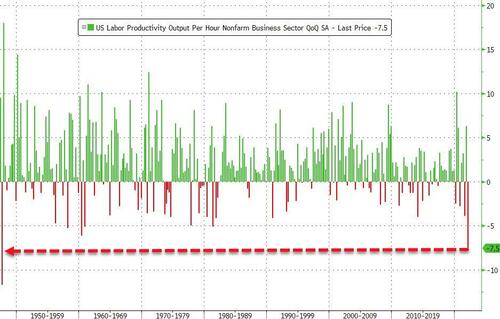 As Bloomberg notes, while hourly compensation adjusted for productivity has grown in the past year, the first-quarter surge likely overstates the degree of wage pressures in the job market. The U.S. economy contracted last quarter for the first time since 2020, largely due to a wider trade deficit as companies imported more goods and services to support robust consumer demand. That slowdown drove down the government’s measure of productivity growth.

And while some might proclaim the surge in labor costs as a win for the average joe, we note that BLS reports that ‘Real’ compensation tumbled 5.5% in Q1.

Probably a good time to embark on 10 more rate-hikes this year.