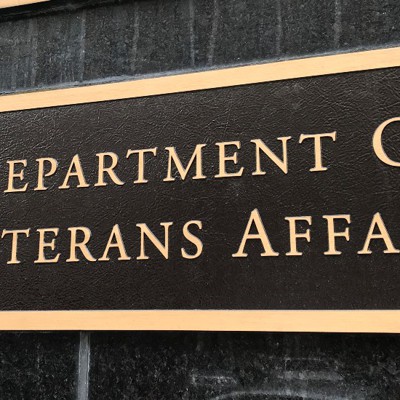 With sweeping layoffs at major U.S. technology companies putting tens of thousands of highly-skilled workers back into the job market in recent months, the Department of Veterans Affairs is working to entice talented tech employees to join the agency by conducting targeted outreach, launching an expanded career website and working to expand pay for federal tech specialists.

More than 73,000 workers across the tech sector—from large companies to small startups—have been laid off as of mid-November, according to Crunchbase News. Across the federal government and private sector, companies and agencies are exploring ways of drawing in these unemployed tech workers to bolster their own operations.

Nathan Tierney, the chief people officer at VA’s Office of Information and Technology, told Nextgov that the widespread layoffs present the department with a ready opportunity to “bring on board talent and build up a diverse workforce.”

To supercharge these efforts, the VA is working on several fronts to position itself as a desirable destination for unemployed tech employees. This includes specifically identifying and recruiting tech workers who have the skills and experience needed to support the VA’s work supporting veterans.

“We used some backend analytics tools, through LinkedIn and some other platforms, and identified 4,900 employees at Amazon, Meta and Twitter,” Tierney said. “And my talent acquisition team is trying to source and bring those candidates in to virtual hiring fairs, where they can learn a little bit about us, and we can learn about them. And the intent is to be able to offer jobs for highly-qualified individuals that can help us solve some of these technical things that we’re after.”

VA also recently launched an expanded careers webpage, which Tierney said was akin to a “decoder ring,” to help translate the federal government’s often jargon-filled vacancy postings into descriptions more familiar to those in the tech industry. These job postings are also beginning to more deliberately highlight the benefits that come with VA careers, such as student loan relief, pensions and retention incentives. And, to further incentivize tech workers to join the VA, Tierney said the department is working to increase the salaries for new specialist hires.

“My team quickly put forth—and it’s with [the Office of Personnel Management] for approval in January—a special salary rate which would increase the pay of our technical specialists and close that gap between the private sector pay and what the federal government was paying by 60%,” Tierney said, adding that it would also impact around 75,000 existing federal workers as well.

And VA’s continued focus on remote hiring—Tierney said he’s worked to make roughly 60% of VA’s workforce remote—means that potential hires can join the department without having to relocate.

“And that’s not just because of COVID,” Tierney added. “If you want to be competitive, particularly in the engineering and tech fields, you’ve got to create a place for people to work where they’re comfortable.”

In addition to showcasing and enhancing the VA’s employee benefits, Tierney said the department is working to adopt a number of the private sector’s practices and principles, as well as promoting the department’s commitment to a diverse and inclusive workforce by adhering to the ideas enshrined in President Joe Biden’s June 2021 executive order promoting diversity, equity, inclusion and accessibility across the federal government.

All of this, Tierney said, will hopefully demonstrate to tech workers that working for the VA is a worthwhile endeavor.

“What excites me is this is an opportunity where we can pull in and create that landing pad for people to have some public service, and to take what they’ve learned in industry and bring it here to take us to that next level,” Tierney said.

Editors Note: This story has been updated to reflect Tierney’s title.