The last couple years of military build-up and standoff between China and the United States in the South China Sea has resulted in fears of a new dangerous arms race, as smaller nations in the region rapidly bolster their defenses in order to avoid being “caught in the middle” which would result in having to be overly dependent on one side of the tensions.

A new Reuters report chronicling the growth in regional missile stockpiles says China is “mass producing its DF-26, a multipurpose weapon with a range of up to 4,000 kilometres, while the United States is developing new weapons aimed at countering Beijing in the Pacific.” 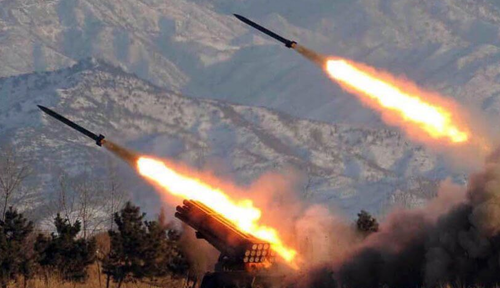 This has resulted in other countries once on the sidelines now “buying or developing their own new missiles, driven by security concerns over China and a desire to reduce their reliance on the United States” – the report underscores.

“Before the decade is out, Asia will be bristling with conventional missiles that fly farther and faster, hit harder, and are more sophisticated than ever before – a stark and dangerous change from recent years, analysts, diplomats, and military officials say,” the report adds. 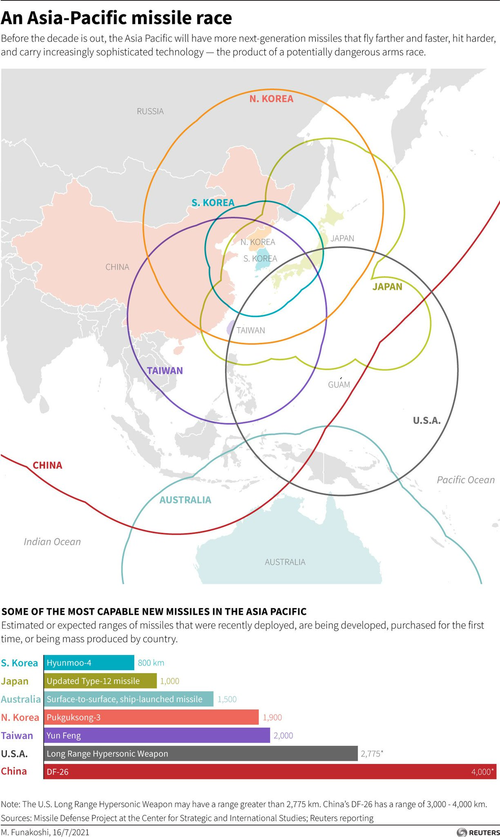 From the report, here’s a list of who has the growing arsenals and their reach in the region…

David Santoro, president of the Pacific Forum, was cited in the report as forecasting that “missile proliferation will fuel suspicions, trigger arms races, increase tensions, and ultimately cause crises and even wars.”