A teacher in Sacramento, California was busted on hidden camera admitting to a Project Veritas journalist that he bribes his students with extra credit if they attend local Antifa events. 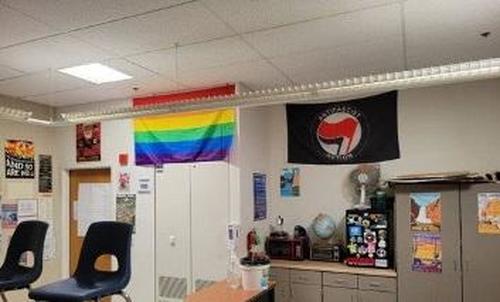 “I have 180 days to turn them [students] into revolutionaries…Scare the f*ck out of them,” he later added.

“I have an ANTIFA FLAG on my[classroom] wall”

“I have 180 DAYS to turn them into REVOLUTIONARIES”

‘There’s a reason why these kids[GenZ] are becoming FURTHER LEFT’ pic.twitter.com/NiwpArVAyJ

Gipe said he keeps track of his students’ political inclinations. He is also perplexed when a student expresses discomfort with the decorations in his public-school classroom.

The public-school teacher went on to suggest that a viable solution for society’s problems is a violent overthrow of the U.S. Government.

“Like, why aren’t people just taking up arms? Like why can’t we, you know — take up arms against the state? We have historical examples of that happening, and them getting crushed and being martyrs for a cause and it’s like — okay well, it’s slow going because it takes a massive amount of organization,” Gipe said.

When asked about his views on the Chinese Communist Party, Gipe explained how lessons from China’s disastrous Cultural Revolution could be applied in the United States.

“You need a two-pronged system, which is exactly what Huey Newton and Fred Hampton [Black Panther Party] understood. You need propaganda of the deed — your economics — and cultural propaganda as well. You need to retrain the way people think. So, the Cultural Revolution in the 60s was fixing the problem that came about after the economic one,” he said.

“What can we do now to root out this culture that keeps perpetuating hyper-individualism, hyper-competitiveness, capitalist exploitation and consolidation of wealth…I do think that it’s important to understand that as an extension of an economic revolution, they [Chinese Communist Party] were changing the base, and then they went to change the superstructure. You cannot change one without the other. You can’t have cultural shifts without the economic shift, and vice versa,” he said. 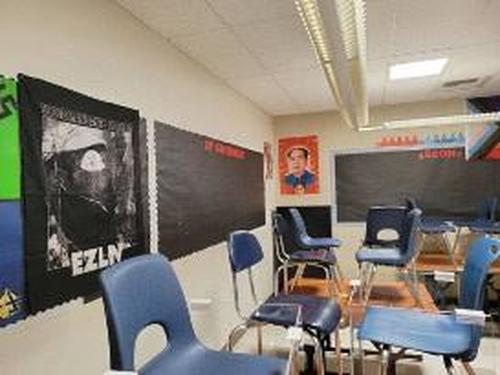 Read the rest of the report here.