Shipping containers started coming off the massive container ship stuck in the Chesapeake Bay as another refloat attempt could come later this month.

The operation began on Saturday, nearly a month since the Ever Forward, a 1,100-foot container ship with 5,000 containers, ran aground in 24 feet of water and needed about 42 feet of draft.

According to the maritime news website gCaptain, about 500 of the 5,000 containers, or about 10%, will be offloaded ahead of the next refloating attempt.

Giant cranes on either side of the vessel have been offloading containers onto two barges. Port of Baltimore Executive Director William Doyle said the Seagirt terminal received 43 containers on Sunday. About 100 containers have been removed since Tuesday, but the operation is hazardous and weather dependent.

A Coast Guard spokesperson told gCaptain that the next refloating attempt could be as early as next week — “coinciding with the next full moon.”

Evergreen Marine, the owner of Ever Forward, declared a “General Average” earlier this month after multiple refloating attempts failed. This means some of the costs to refloat the vessel will be transferred to cargo owners.

There are dangers in unloading containers as risks of unbalancing and damaging the ship are possible. There are concerns that stress on the hull buried in more than 20 feet of mud could result in a fuel leak or structural damage.

Here’s footage of cranes picking up containers from the vessel and placing them on barges. 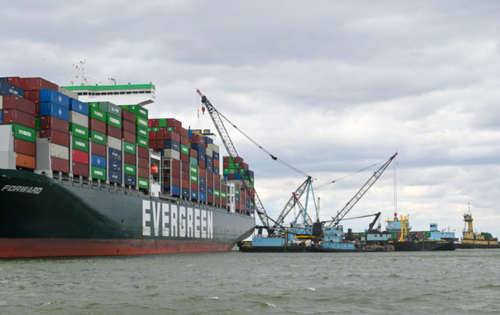 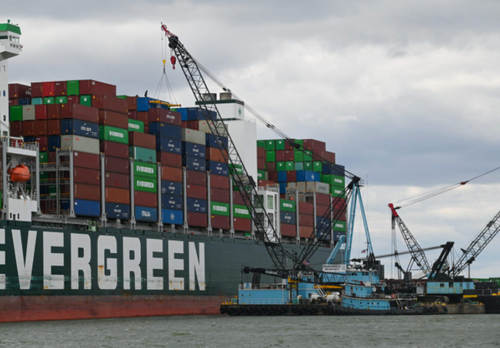 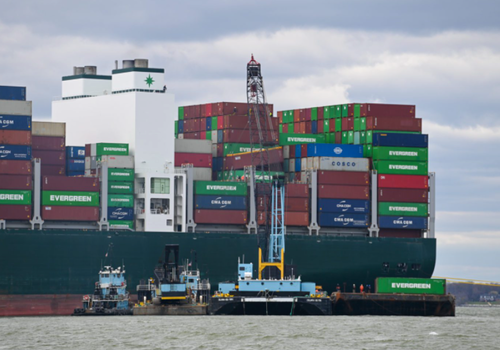 Chesapeake Bay Media provides a video of the unloading.

So what happens when removing 10% of containers doesn’t refloat the vessel?