Two months after he was found guilty on all three counts of murder and manslaughter, former Minneapolis police officer Derek Chauvin will be sentenced Friday afternoon in a Hennepin County courtroom on charges that he murdered George Floyd.

The former officer could receive up to 40 years in the pen (practically all of which will be spent in “protective custody” that’s essentially solitary confinement), depending on what the judge in his case ultimately decides. Since all of his charges stem from one illegal act, Chauvin will be sentenced based only on the criteria for the most serious charge that he was convicted on: second-degree murder. 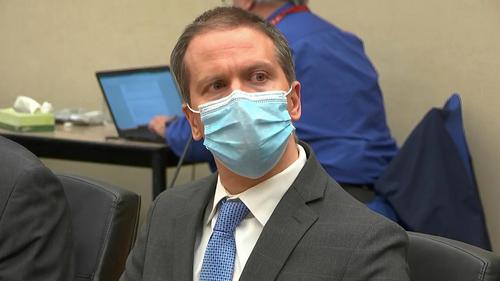 While 40 years is technically the maximum sentence, case law dictates that the judge likely won’t agree to anything over 30 years. 30 years is more than double the average sentence for second degree murder (which in Minnesota is only 12.5 years).

Hennepin County judge Peter Cahill (the same judge who handled Chauvin’s trial) will preside during Friday’s hearing, where both the prosecutors and Chauvin’s defense team will speak before the sentence is handed down. Chauvin will have an opportunity to speak, but legal experts expect him to pass since anything he says could be used against him by federal investigators looking to prosecute Chauvin for a federal civil rights violation.

Cahill on Friday morning tossed a request from Chauvin’s legal team for a new trial. Judge Cahill denied the request because defense attorney Eric Nelson failed to demonstrate that Chauvin was denied a fair trial.

Ultimately, whether the sentence Cahill hands down will satisfy observers and supporters of Floyd and his family, particularly those who want to see Chauvin receive a lengthy term, remains to be seen. Civil Rights lawyer Ben Crump, who represents Floyd’s family in a civil suit, plans to hold a news conference, along with members of the family, after the sentencing.

Whatever sentence he receives, it’s extremely unlikely that he will serve anywhere close to the entirety behind bars. In Minnesota, it’s fair to assume that a defendant with good behavior will only serve two-thirds in prison before being released to serve the rest on parole.

That means if Chauvin is sentenced to 30 years, he would likely serve 20 behind bars, as long as he causes no problems in prison. Once on supervised release, he could be sent back to prison if he violates conditions of his parole.