Watch Live: President Biden Explains (Again) Why Inflation’s Not His Fault (But ‘Ultra-MAGA’ GOP Would Be Worse)

President Biden is set to explain, again, why blistering inflation isn’t his fault, and why a Democrat-led plan to lower costs for American families will be better than a GOP plan announced by Sen. Rick Scott (R-FL). 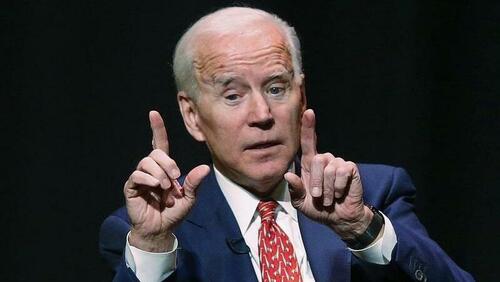 Axios reports that Biden’s “major speech” will attack Scott’s plan, which Democrats say will raise taxes on some 75 million Americans, as well as potentially sunsetting entitlement programs such as Medicare and Medicaid.

I expect another push for Build Back Better and more free money to combat rising prices.

Of course, it’s free money, sanctions, absurd interest rates, and QE by the Fed all the way through March of 2022 that fueled inflation.

All the proposals by Biden to date will increase inflation.

However, it appears Rick Scott announced a plan that will never fly and Biden will attack that plan.

1) Retail gasoline prices at the pump are at record highs, well above the levels when Biden unleashed his cunning plan to dump the SPR… who will be blamed for this latest leg higher? 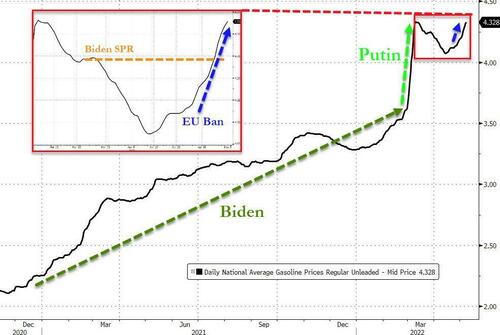 2) Republican leadership has already shot down Scott’s plan that Biden intends to attack:

While McConnell prefers to keep the heat on Democrats and make the election a referendum on President Joe Biden, some in the party — not just Scott — believe Republicans need a more affirmative agenda.

The schism played out on into Tuesday at a leadership press conference. Scott exited the event abruptly just before McConnell castigated two of his proposals.

And McConnell made clear he’s planning to be fully in charge in 2023: “If we’re fortunate enough to have the majority next year, I’ll be the majority leader. I’ll decide, in consultation with my members, what to put on the floor.” He didn’t offer specifics of what his agenda would be beyond topics like inflation, border security, crime and energy.

Now, watch as Biden tries to blame everyone but himself for the inflationary hell we find ourselves in.