A fast-moving wildfire that broke out Wednesday destroyed at least 20 homes in a ritzy Orange County neighborhood of Laguna Niguel, according to CBS News.

As of 0600 local time Thursday, the fire burned 20 homes and scorched 200 acres with zero containment.

#UPDATE: The #CoastalFire is spreading through the Coronado Pointe neighborhood in Orange County. https://t.co/6ozpwfrdet pic.twitter.com/utpVQ5P8AJ

Footage shows firefighters in Southern California trying to save a burning home as a fast-moving brush fire spreads rapidly amid strong winds.

At least 10 to 12 homes were on fire in Laguna Niguel, according to the Orange County Fire Authority. https://t.co/2ehPeK2TUv pic.twitter.com/sfwTgftQsr

Video shows the destruction left behind after a brush fire fanned by 20- to 30- mph winds burned at least 20 homes in a Laguna Niguel neighborhood. The fire continues to burn and residents in Orange County remain under evacuation. Get the latest >> https://t.co/hLIVMPrew4 pic.twitter.com/l5HX0rQNs5 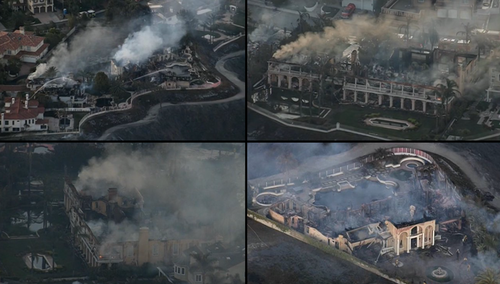 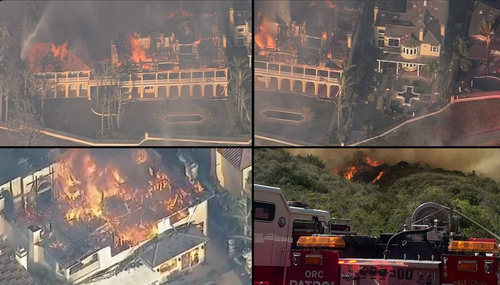 Orange County Fire Authority Chief Brian Fennessy said the fire was driven mostly by the wind in an area with “thick vegetation that has not burned in probably decades.”

The cause of the fire is still under investigation.