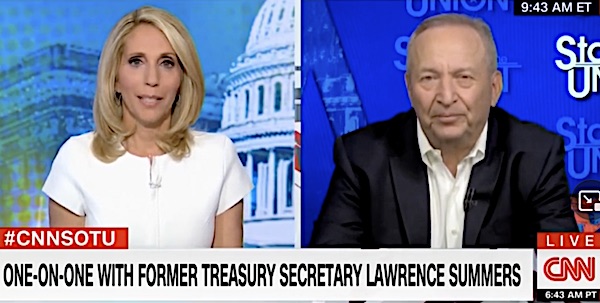 “I think the optimists were wrong a year ago in saying we’d have no inflation, and I think they’re wrong now in being — if anyone’s highly confident that we’re going to avoid recession,” Summers told “State Of The Union” host Dana Bash.

Summers served as secretary of the Treasury in the Clinton administration according to his website. He later served as director of the White House National Economic Council in the Obama administration.

Yellen expressed doubts that a recession was coming during a Thursday policy forum hosted by The New York Times. She previously said inflation would be transitory.

The Treasury Department and Summers did not immediately respond to a request for comment from the Daily Caller News Foundation.

1 hour ago
Taiwan crisis: China defends calling off US military talks as exercises set to resume – The Guardian

1 hour ago
Taiwan crisis: China defends calling off US military talks as exercises set to resume – The Guardian