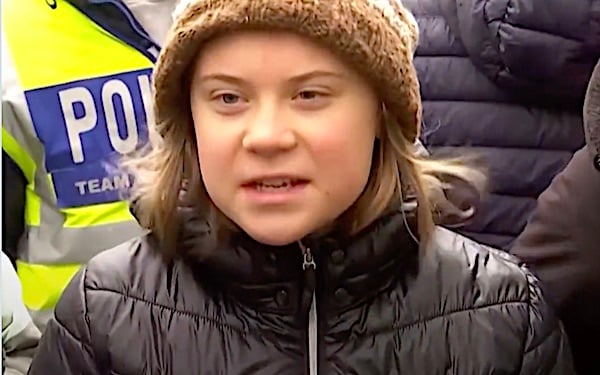 One day after throwing mud at German officials for expanding a coal mine, climate activist Greta Thunberg was escorted through the protest as police removed protesters from the site of a former village.

The German village of Lützerath, which is now deserted, is scheduled to be razed for the expansion of a mine. For the past two years, a standoff has taken place between climate activists and police, according to Politico.

As reported by the Guardian, the final decision to go ahead with the project was reached recently, leading police to clear protesters off the site beginning last week.

Police sweeping the area were greeted with fireworks, bottles and stones as they entered the protest on Wednesday.

On Sunday, Thunberg joined a remnant of protesters refusing to leave. The group was escorted off the site by police, German-language media outlet Bild reported.

“The science is clear: We need to keep the carbon in the ground,” she said Friday, according to Reuters.

Should these protesters face criminal charges?

She said the rally at which she spoke on Saturday would “show what people power looks like, what democracy looks like — that when government and corporations act like this, destroying the environment … the people step up.”

During that speech, Thunberg also called the agreement to develop the mine “shameful,” Politico reported.

“This is a betrayal of present and future generations … Germany is one of the biggest polluters in the world and needs to be held accountable,” Thunberg said, according to the New York Post.

“Germany is really embarrassing itself right now,” she added, the Guardian reported.

Thunberg denounced what she called violence from the police as “outrageous.” Nine other activists involved in the protest were taken to the hospital.

Thunberg, who gained fame as a teen-aged climate activist, has now branched out to add capitalism to the list of the world’s evils.

“Germany is really embarrassing itself right now.”@GretaThunberg has joined climate activists in Germany who are resisting the demolition of the Luetzerath village for a coal mine expansion. pic.twitter.com/yEmjWtycVP

In an October session in Britain, as UnHerd reported, Thunberg was “gently quizzed” about her views on capitalism.

As author Michael Shellenberger noted in his Substack, Thunberg made it abundantly clear that “the whole capitalist system” was the scourge of the planet.

Thunberg described capitalism as the “system” that created the climate crisis in the first place and led to “imperialism, oppression, genocide.” She also blamed capitalism for “racist, oppressive extractionism.”