A Tesla Model 3 made a dramatic entrance when it crashed through the glass exterior of the Greater Columbus Convention Center, located in downtown Colombus, Ohio, at a high rate of speed that caused $350k worth of damage, according to local news The Columbus Dispatch.

Columbus police received a call around 1230 on Wednesday, May 4, about a Model 3 exceeding 70 mph and plowed into a barrier before going airborne — crashing through the center’s entrance. 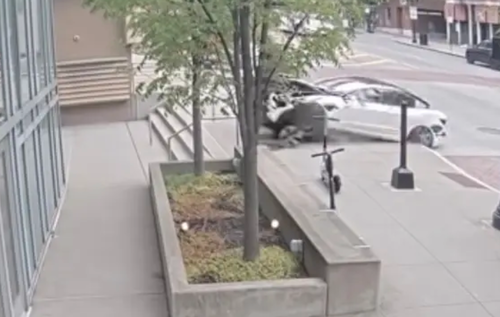 The police report said a 63-year-old driver “lost control of his brakes and was unable to stop.” 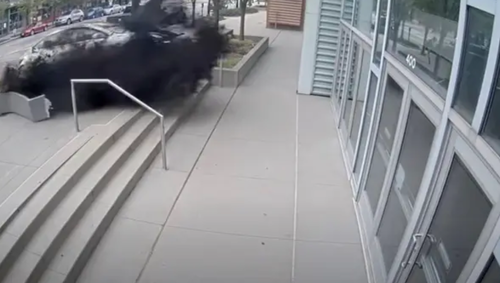 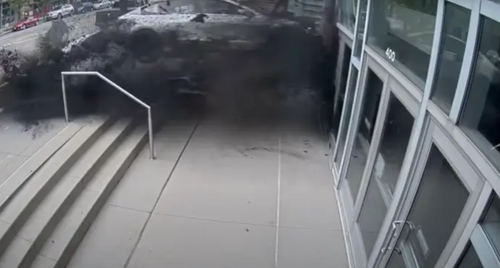 This week, the Dispatch released new security footage of the accident. The video is shocking, and miraculously nobody was injured except for the driver.

The convention center estimated the crash caused $350k in damage, including the entire front entrance, sprinkler system, power lines, carpeting, drywall, and wall coverings that need to be replaced. 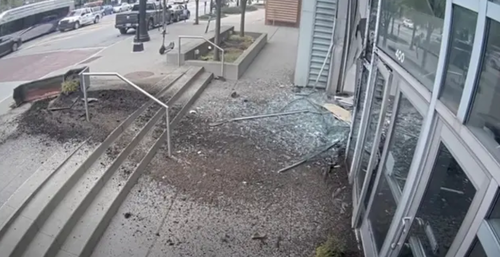 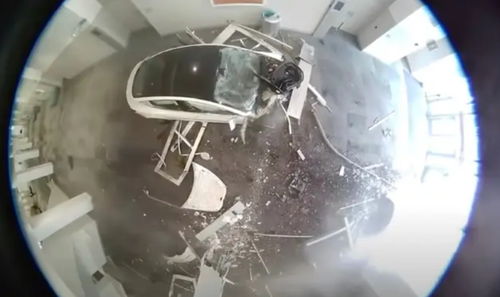 “The NTSB has decided not to pursue an investigation of this crash.

“Tesla checked their system, and they did not receive any telematics data from this crash.

“The vehicle ECM would likely have retained the data.

“We are interested in any vehicle that is operating under some sort of autonomous mode or utilizing an autopilot feature.

“Presumably, the vehicle still has the electronic data recorder, so if we wanted to get that data, we could, if we had decided to investigate it,” said Thomas Barth, the agency’s special investigations chief.

According to police, the driver was charged with failure to control the vehicle, and there was no mention in the crash report if Autopilot was engaged.

Last month, a Tesla Model 3 was driving down a stretch of California highway when the car’s computer allegedly froze. The car’s accelerator was unresponsive and stuck cruising at 83 mph. The driver managed to slow the vehicle down with brakes.

The NTSB has investigated numerous accidents involving Tesla vehicles over the years, especially ones on Autopilot.