Firefighters arrived minutes after the incident was reported and began pouring 200 gallons of water per minute on the burning Tesla.

Once the second engine was linked to a fire hydrant — firefighters sprayed 600 gallons per minute onto the flaming vehicle. 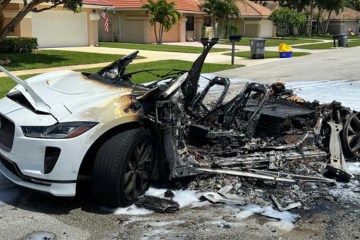 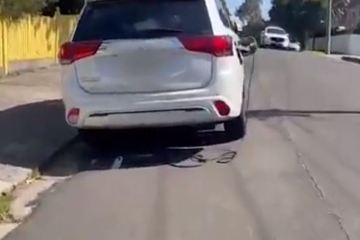 “But we know from other Fire Departments’ experiences that large amounts of water are the only solution when compared to a traditional vehicle fire.”

Firefighters were able to spray water directly onto the electric vehicle’s [EV’s] battery bank that dropped beneath the car.

Most EV fires stem from the car’s battery.

Most read in Motors

Chief Lorenz said that the Tesla’s blaze was “no routine car fire” and “it [burned Tesla] requires special handling.”

There were no other vehicles within this Tesla’s immediate vicinity during the hazard.

This Stamford, Connecticut fire is one of many EV fires that have recently been reported.

An electric Jaguar I-Pace allegedly burst into flames while parked and charging in a man’s garage.

The fire department had to pour a specialized foam suppressant to put out the electric Jaguar’s fire.

The Jaguar’s owner said a humming sound was still coming out of the car’s front after the flames were put out.