TWO women have claimed they got dress-coded for wearing bikinis, but they have insisted they were in the right.

In a TikTok that has since gone semi-viral, the pair of friends yelled at an employee of a recreation center after appearing to be dress-coded by the pool for wearing two-pieces.

“Wow, you’re a pool man. Wow,” one of the women sarcastically said at the start of the video.

As the man who appeared to be the supervisor left the room, another worker attempted to talk with them about the issue.

The worker calmly said he “understood” why the women were “frustrated.”

“Why do you think we’re frustrated?” one of the women shot back. 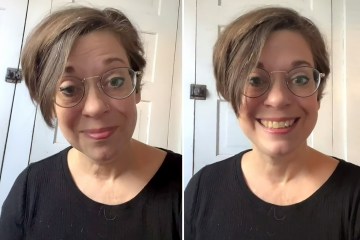 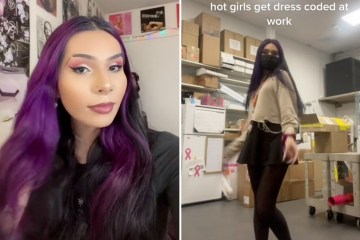 The man went on to say that from his understanding, another employee told them to “cover up.”

One of the women said they were told they needed to put on “some shorts.”

The other women said she had worn the same bathing suit at the same place “at least ten times” and never had a problem.

The first woman was wearing a burnt orange bikini, and the other a black patterned bikini.

” I don’t need some Mormon mom jealous of my body to tell me to cover up,” the woman said.

“This is not a church facility, it’s a public place.”

She said she shouldn’t be told to cover up when she is with her black friends, who were not pictured in the video, when she has never been told that when she is there with her white friends.

The woman went on to complain the dress code ended in”f****** high-school.”

“If there’s a dress code everywhere we go, that’s not America.”

The worker then thanked the woman for explaining, but said that “unfortunately that is policy.”

The women in the orange bikini said she works in government and writes policy, so the facility should have it.

The man offered to have the women come to the front desk while he looks for the policy.

The women responded that he should not have come up to them, if they did not have a policy.

In the comments of the video, which was posted by the ayreslawfirm account that asked fans who was in the wrong, many people appeared to defend the facility.

“Literally everywhere has a dress code, it’s kind of implied,” one commenter said.

“I love how great he kept his composure,” said another.

“Very embarrassing on their part. I literally go to this gym and it’s very well known there’s rules about dress code (sic),” said a third.

However, others backed the women up.

“What was wrong with what they had on?” a different person said.

The encounter appears to have taken place at the Provo, Utah. Recreation.

A manager told The U.S Sun they could not comment on the matter, as it “might be a legal case.”

However, their website does note certain rules about the dress code.

The recreational center says on its website that “proper swim attire” is “required.”

They don’t allow “denim or street clothing” in the pool, but do allow a”fitted cover-up shirt or swim shorts.”

“The lifeguard has the final responsibility to inform patrons of any other rules,” the website reads.

“All rules are for the safety of our patrons.”